The Rock has taken his place atop Netflix’s mountain of content, as “Red Notice” is now officially the most popular original film in the streamer’s history.

The streamer announced on Tuesday that the original heist action comedy from Seven Bucks Productions was the
No. 1 film for the third week in a row, and has officially become Netflix’s most popular film with 328.80M total hours viewed after 17 days. It unseats the previous champion “Bird Box,” as the 2018 Sandra Bullock thriller dominated the Netflix charts for the last three years.

This is fortuitous for the streamer, as “Red Notice” was originally set up at Universal Pictures and Legendary before moving over to Netflix following a disagreement with Universal over the creative direction of the film.

Written and directed by Rawson Marshall Thurber, “Red Notice” stars Dwayne Johnson as an FBI agent who is forced to team up with a thief played by Ryan Reynolds in order to best another thief, played by Gal Gadot. While the film didn’t quite light up Rotten Tomatoes, it appears to have scored big with audiences, and producer Hiram Garcia told TheWrap before the film was released that Netflix was already eager for them to make a sequel. 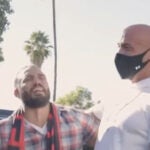 Indeed, “Red Notice” ends in such a manner that sets the dynamic trio up to return in a follow-up, but Thurber has been teasing recently that they may go ahead and make two “Red Notice” sequels at the same time in order to bang out a trilogy – and because coordinating the schedules of Johnson, Reynolds and Gadot once was tricky enough.

Netflix’s metric of hours viewed means that Martin Scorsese’s epically long “The Irishman” still sits in the #4 position with 214.57 million hours viewed, while the leaner Chris Hemsworth actioner “Extraction” is in third place with 231.34 million hours viewed. With regards to the latter, Hemsworth and Co. are currently in production on an “Extraction” sequel, so a formal “Red Notice” sequel announcement now feels like a given.

Up next for Johnson is the release of his DC Comics debut in the Warner Bros. film “Black Adam,” while Gadot recently signed on to play the Evil Queen in Disney’s live-action “Snow White and the Seven Dwarfs” reboot. Reynolds, meanwhile, will next be seen on Netflix in the Shawn Levy-directed sci-fi drama “The Adam Project” opposite Mark Ruffalo.