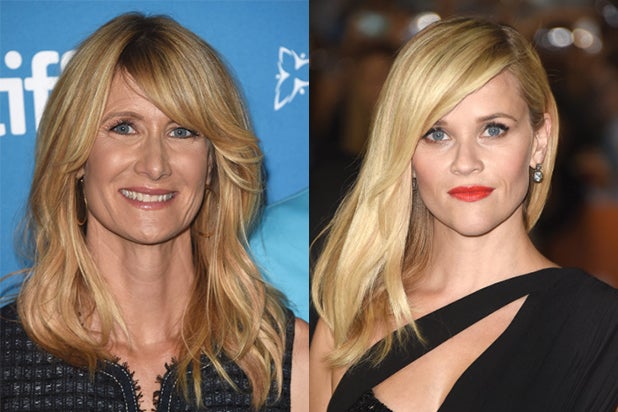 “Wild” starring Reese Witherspoon and Laura Dern will kick off the 13th edition of The San Diego Film Festival which runs from September 24th through September 28 in San Diego, CA.

Tonya Mantooth, Vice President and Director of Programming for the San Diego Film Festival said, “We’ve curated a wide selection of films that we hope movie lovers of all genres will enjoy.”

This year’s selections include over 80 movies in the Narrative, Documentary and Short competition categories.

One of the signature events of this year’s festival is “Variety’s Night of the Starts: A Tribute” taking place September 25 at the magnificent Museum of Contemporary Art in La Jolla, CA. The inaugural Gregory Peck Award, established in collaboration with the actor’s daughter, Cecelia Peck, will be presented to actor Alan Arkin at the awards ceremony. Actors Michelle Monaghan, Allison Pill and Saginaw Grant will also be honored at the event.

“From Michelle Monaghan‘s portrayal of a mother returning home to her son after years deployed in Afghanistan, to Saginaw Grant’s impressive career and Allison Pill’s breakthrough performances, the San Diego Film Festival could not have picked a more talented group of actors to attend this year’s tribute,” added Mantooth about this year’s selection of honorees.

Here’s what you need to know if you’re planning to attend the festival in America’s Finest City:

The world premier of “Chelsea’s Light: A Brother’s Journey” will take place at Reading Cinemas on Tuesday, September 23rd.” Chelsea King was raped and murdered by a known predator in the San Diego Community, and this tragic event sparked a move for change. This film celebrates the memory of San Diego’s own Chelsea King, and is also the documentary film debut for Tyler King, Chelsea’s brother.”

Gala presentations at the San Diego Film Festival include “Laggies,” “The Equalizer,” “The Good Lie” and “The Imitation Game.”

The film festival will conclude with the film “You’re Not You” starring Hilary Swank, Emmy Rossum, and Josh Duhamel. Duhamel will attend the screening.

The complete list of events and films screening at the 2014 San Diego Film Festival is available at SDFilmFest.com.

Suzette Valle was recognized by Time Warner Cable as one of San Diego's Best Moms. She is the author of "101 Movies to See Before You Grow Up" (Walter FosterJr. Fall 2015), a reference book for kids. She has appeared on the "Dr. Phil" show discussing the effects of reality shows on families. Her posts have been featured on Fox,YahooMovies.com, and Movies.MSN.com. A mother of two, she lives in San Diego with her husband. She blogs about parenting and Hollywood's influence on children's daily lives and family values at www.MamarazziKnowsBest.com. Follow her on Twitter: @SuzetteValle.
KEEP READING..