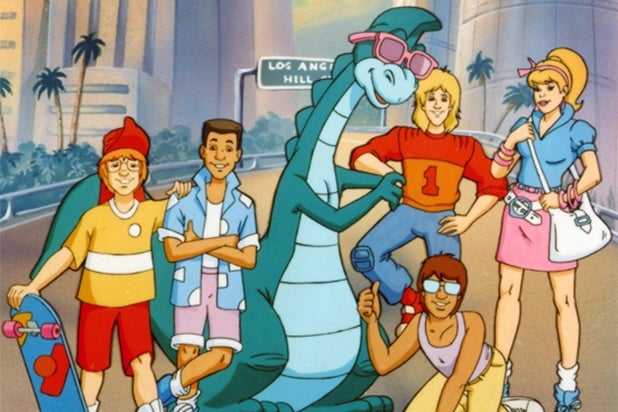 The era of Saturday morning cartoons officially came to an unceremonious end Oct. 3, when the CW swapped out its animated programming block — called “Vortexx” — for a handful of live-action offerings. It marked the first Saturday in decades where no cartoons were broadcast on any of the major networks.

The decision to shift away from animated Saturday morning programming varied — niche cartoon networks had gobbled up the market, DVR allowed children to watch cartoons whenever they wanted. Regardless, the move resulted in a unanimous network edict: No more Saturday morning cartoons.

In light of the death of this hallowed weekend tradition, TheWrap wishes to honor the history of Saturday morning cartoon programming by sharing seven cartoons we think could — and should — be rebooted.

1. “Snorks” (1984-89), NBC
Ever wonder what Smurfs would look like if they lived underwater? Of course you did, and so did everyone else. That’s why NBC got four years out of “Snorks,” and USA even brought the little dudes back for an encore run in the early ’90s.

2. “Star Wars: Ewoks” (1985-86), ABC
The Ewoks debuted on the big screen in “Return of the Jedi” (1983), but the adorable little tribal creatures from the forest moon of Endor were so endearing that they made their way into multiple made-for-TV films and even spawned a short-lived animated ABC series in the mid ’80s. With a new batch of “Star Wars” films on the way, it’s time to give these guys their animated due.

3. “ProStars” (1991), NBC
“ProStars” only aired for 13 episodes in 1991, but the cartoon remains memorable for having featured real life superstars Michael Jordan, Wayne Gretzky and Bo Jackson using sporting equipment to fight crime. And that’s awesome. It’s debatable who would star in this generation’s reboot, but it sure would be swell to see athletes in a positive light again. Watch the show’s intro video above.

4. “Denver, the last Dinosaur” (1988), syndicated
You didn’t have to be a mile high to enjoy “Denver, the last Dinosaur,” a syndicated U.S.-French cartoon about a group of California kids who stumble across a Corythosaurus egg, name the hatchling Denver and hide him from their parents. They also teach Denver about the finer points of life, which include skateboarding, playing guitar and wearing shades, obviously. We can’t believe this show only lasted 50 episodes.

5. “Voltron” (1984-85), syndication
Space explorers who pilot occasionally interlocking mechanized cats to defend the galaxy from aggressors? You had us at “hello!”

Also read: Watch the First 5 Minutes of ‘Utopia’ and Its Steampunk Cartoonist Narrator

7. “Darkwing Duck” (1991-92), ABC
The action-packed “Ducktales” spin-off was memorable for its sarcastic hero and wacky Batman-esque villains, like Bushroot and The Quacker Jack. The show never made it to 100 episodes, but it did spawn a slew of comic books and video games. Watch a clip above.