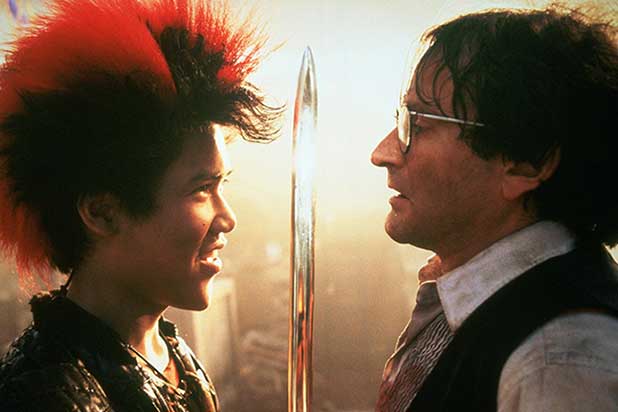 Iconic comedian Robin Williams died Monday morning of asphyxia at the age of 63.

The Oscar-winning actor starred in dozens of films, shows, stand-up performances, and TV specials throughout his career — which spanned nearly 40 years — and gave larger-than-life performances in most of them.

Also read: President Obama on Robin Williams’ Passing: ‘He Was One of a Kind’

Whether he dressed in spandex as Mork from Ork or in drag as Mrs. Doubtfire, Williams always went that extra mile to earn a laugh. He had an undeniable passion for making audiences smile.

Here are thirteen of his most memorable and iconic performances:

That time Mork met the Fonz:

When he played a ventriloquist to Billy Crystal‘s dummy at the Oscars in 2004:

Coaxing Matt Damon‘s character into a breakthrough in “Good Will Hunting”:

Asking Kirsten Dunst what year it is while in desperate need of a haircut in “Jumanji”:

Instructing his students to seize the day in “Dead Poets Society”:

Calming down Nathan Lane in “The Birdcage”:

Creepy rendezvous with Jon Stewart in “Death to Smoochy”:

Doing televised improv on “Whose Line Is It Anyway?”: