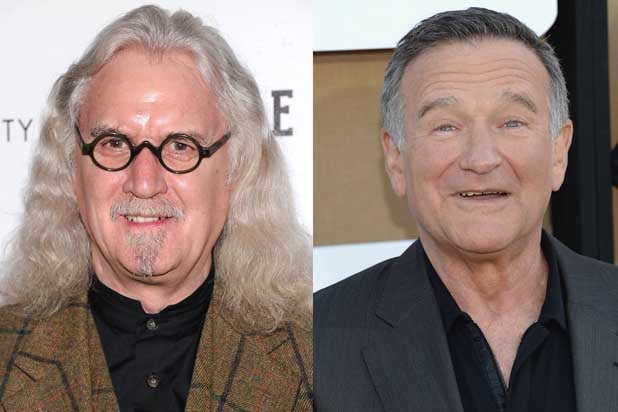 While speaking to The Telegraph about his friend, the Scottish comedian said they frequently told one another that they loved each other during phone conversations, and last one was no exception.

Also read: Robin Williams to Live On as Character in ‘World of Warcraft’ Virtual World

“I never stopped it and he never stopped telling me. As a matter of fact, I thought afterwards he tried to say goodbye to me, because he got very luvvie towards the end. It’s fanciful but that’s what I told myself,” Connolly said. “On the last phone call he said, ‘I love you like a brother’ and I said, ‘I know you do’ and he said, ‘Are you sure you know?’ and I said, ‘Yes’. Robin worried about everything.”

Williams was found dead in his Marin County, Calif. home on Aug. 11. A coroner determined his death was “a suicide due to asphyxia.”

Although his representative stated the “Mrs. Doubtfire” star had “been battling severe depression of late,” Connolly remember his friend as a “happy comedian.”

“He was not always depressed,” Connolly clarified. “He was a complicated man, but a beautiful person. He was a joy.”

Days after Williams’ death, his wife revealed he was suffering from the early stages of Parkinson’s Disease, a condition Connolly had in common with his friend, and frequently discussed.

“We used to talk about Parkinson’s a lot,” Connolly said. “He would call me and we would compare notes. His was early onset, the same as mine. Everybody worries about it. It’s like a mugger following you around.”