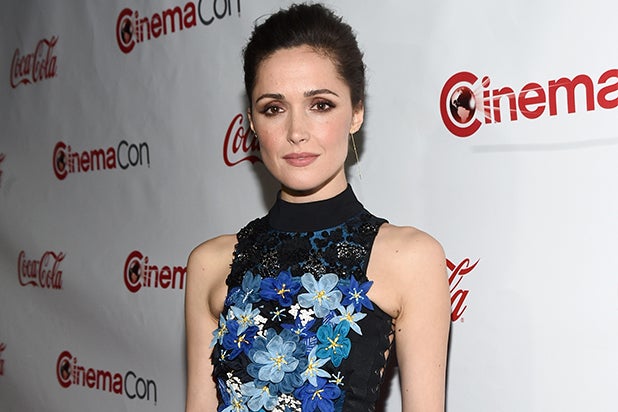 As Hollywood sexism becomes more and more of a hot button issue, Rose Byrne is the latest public figure to speak out.

“The statistics are still so dreadful for women in film,” the “Spy” actress told PrideSource while promoting her new film. “Now the ACLU is doing an investigation into it because they’re starting to realize it’s actually discrimination — it’s not just good ol’ fashioned misogyny that everyone’s quietly tolerated for years.”

Byrne has been an advocate for female empowerment, particularly in Hollywood, for years, and even started her own company, The Dollhouse Collective, which champions female filmmakers and stories told from women’s perspectives.

Byrne’s comments echo a growing recent sentiment in Hollywood. The ACLU investigation that the actress referenced was made public earlier in May.

“Women directors aren’t working on an even playing field and aren’t getting a fair opportunity to succeed,” said Melissa Goodman, director of the LGBT, Gender and Reproductive Justice Project at the ACLU of Southern California. “Gender discrimination is illegal. And really Hollywood doesn’t get this free pass when it comes to civil rights and gender discrimination.”

The double standard women in Hollywood face has recently come into focus in other ways.

The Cannes Film Festival was the subject of criticism when it denied entry to four women for not wearing high-heel shoes to the red carpet premiere of “Carol” earlier this week, forcing festival director Thierry Fremaux to apologize and reiterate that the move was not reflective of festival policy.

Byrne’s “Spy” co-star Melissa McCarthy recently spoke out about an encounter she had with a reporter who was critical of her looks in the movie “Tammy.” “Would you do this to a man?” McCarthy recalled confronting the reporter.

“Just know every time you write stuff, every young girl in this country reads that, and they just get a little bit chipped away,” McCarthy continued. “I just think we tear down women in this country for all these superficial reasons, and women are so great and strong.”

On Wednesday, Maggie Gyllenhaal made waves when she shared an anecdote wherein she was passed over for a role because, at 37 years old, she was considered too old to be a love interest to a 55-year-old male lead.