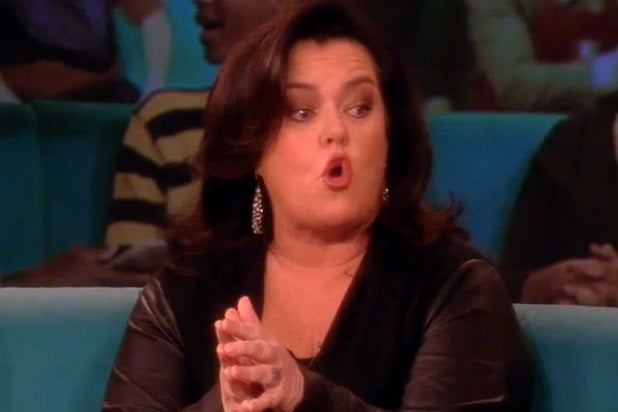 Rosie O’Donnell returned to her old stomping grounds at “The View” on Friday’s episode, reuniting with her old cohort Barbara Walters.

To welcome O’Donnell back, the ladies — co-host Whoopi Goldberg replaced O’Donnell when she left the talk show in 2007 and Sherri Shepherd and Jenny McCarthy also came aboard after her departure — joined her on the couch and weighed in on the pressing topics of the day.

Such as the accusations hurled at filmmaker Woody Allen by his adopted daughter Dylan Farrow, who claimed in a recent New York Times open letter that Allen had sexually assaulted her when she was a child.

O’Donnell also weighed in on troubled pop singer Justin Bieber, who’s found himself saddled with a host of legal troubles lately, including a possible felony charge stemming from an alleged egging attack on his neighbor’s home.

O’Donnell rushed to Bieber’s defense, opining that he’s only “a kid.”

Informed that the singer will turn 20 next month, O’Donnell replied, “Oh, 20? I thought he was 18. Alright, he’s 20. But here’s the thing. Fame is a tidal wave; it sweeps you away. I think until you’ve experienced it, you have no concept of what it is. And to be 15 years old, and to be the most famous kid in the world, there’s hardly any way to keep your head above water.”

Asked about the alleged egging episode, O’Donnell brushed it off.

“Oh come on, I throw eggs at houses every Halloween of my life!” O’Donnell snapped.

Also addressed during O’Donnell’s appearance was the recent death of “Capote” actor Philip Seymour Hoffman, who was found dead Sunday of a suspected drug overdose.

“It is a disease,” O’Donnell offered. “It’s about time we stopped shaming addicts and we understand that it’s a disease. In the same way that we would never yell at anyone, ‘Oh my god, you have cancer! I can’t believe you, you are so morally corrupt!'”

Watch the video of O’Donnell below.