Sarah Snook, one of the stars of “Succession,” will star in the paranormal thriller “Run Rabbit Run,” replacing Elisabeth Moss in the role.

XYZ Films will also now finance and handle worldwide sales of the film, taking over from STX, which acquired the movie out of Cannes this summer.

“Run Rabbit Run” comes from director Daina Reid, and the film is set to begin preproduction this month with shoots in Victoria and South Australia.

Snook will play a fertility doctor whose firm grasp on the cycle of life is put to the test when her young daughter begins to exhibit increasingly strange behavior. Author Hannah Kent wrote the script from an original idea she developed with Carver Films. 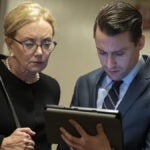 Also Read:
‘Succession’: Will Gerri and Roman Ever Seal the Deal? J. Smith-Cameron Weighs In

Carver Films’ Anna McLeish and Sarah Shaw are producing, and XYZ Films is executive producing along with Deanne Weir and Olivia Humphrey.

Snook is best known for her role as Shiv Roy in the Emmy-winning HBO series “Succession,” which is currently in its third season. Some of her other film credits include “Pieces of a Woman,” “Winchester,” “Steve Jobs” and “The Dressmaker.” 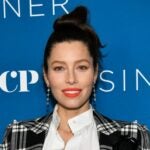 Reid recently directed Apple’s “The Shining Girls” and has also directed episodes of “The Handmaid’s Tale,” “The Outsider” and “Upload.” She’s also reuniting with Snook after directing her in the limited series “The Secret River.”

For the record, a previous version of this story said that XYZ Films is handling distribution. They’re only handling financing and worldwide sales.