“12 Years a Slave” filmmaker McQueen will write, direct and produce the ensemble drama about a series of Londoners during the German Blitz bombings of World War II. Apple beat the competition for rights to the film in June. The shoot is expected to begin later this year.

McQueen’s Lammas Park produces alongside Tim Bevan and Eric Fellner of Working Title Films, and Arnon Milchan, Yariv Milchan and Michael Schaefer from New Regency, with independent producer Anita Overland.  “Blitz” was developed and packaged by New Regency under McQueen’s first look deal with the company; they previously collaborated on “12 Years a Slave” and 2018’s “Widows.” 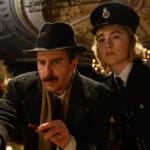 “Lady Bird,” “Little Women” and “Brooklyn” actress Ronan most recently starred in “See How They Run” opposite Sam Rockwell. Up next on her slate are starring roles in “Foe,” a sci-fi thriller opposite Paul Mescal, and Scottish drama “The Outrun.”

In addition to “Blitz,” McQueen is working on a documentary about Amsterdam’s occupation by Nazi forces from 1940 to 1945 called “Occupied City.” Before that, he directed anthology series “Small Axe,” starring John Boyega, Letitia Wright, Naomi Ackie and more for Amazon Prime Video.

Ronan is repped by CAA and Relevant. 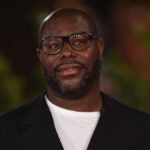