Seth Meyers is not at all surprised that Fox News won’t be broadcasting the January 6 select committee hearings live in primetime this week.

On Monday, it was reported that Fox would be the only major network not carrying the hearings live in full, opting instead to keep their primetime lineup of Tucker Carlson, Sean Hannity and Laura Ingraham intact and breaking away to cover the hearings “as news warrants.”

During “A Closer Look” on Wednesday night, Meyers added his voice to the many who are really not shocked.

“It doesn’t surprise me that Fox isn’t airing the hearings. Fox is news the same way ‘The Kardashians’ is reality,” Meyers joked. “Just once I’d love to see an actual reality TV show. Something called, I don’t know, ‘Man Quietly Eating a Cinnabon Because He Missed His Connection to LaGuardia.'”

Speaking more seriously, Meyers noted that Fox’s decision not to carry the hearings live in primetime isn’t surprising because of how they’ve covered January 6 up to this point. 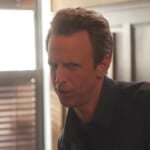 “It’s not a surprise because Fox constantly says the opposite of what the hearings will say,” he continued. “The committee will lay out the truth of what happened and Fox will lie. It’s that simple. The hearings will say January 6 was a violent insurrection fomented by an outgoing president who nearly pulled off a detailed plan for an attempted coup to unlawfully cling to power that would have installed him as an unelected autocrat and destroyed American democracy, and Fox will say it was just a pro-freedom Patriot party, where everyone peacefully toured the Capitol like they were on a school field trip having to find items their teachers gave them on a worksheet.”

Though Fox News itself won’t be covering the hearings in full, other members of the Fox family of channels will. Bret Baier and Martha MacCallum will co-anchor live coverage on Fox Business network, and FOX News Audio will also present live coverage of the hearings in full, both beginning at 8 p.m. ET. Coverage will also be livestreamed on FOX News Digital and FOX Nation.

You can watch Seth Meyers’s full “A Closer Look” segment in the video above. 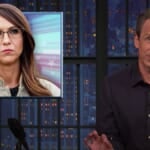