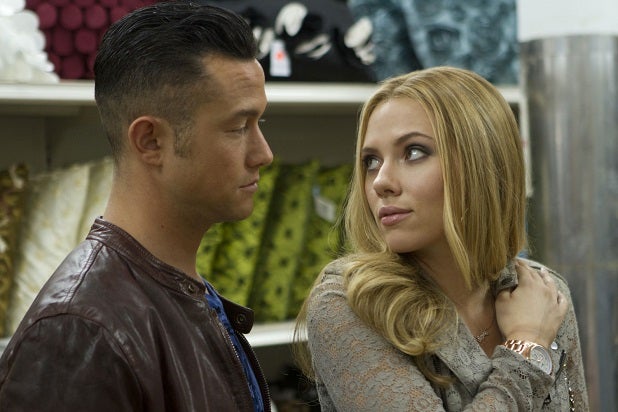 A sex comedy and a Formula One racing drama are betting big on ESPN to help them find their audience this weekend.

Studios marketers have ramped up their commercial spots on the sports net ahead of Friday, when “Don Jon” debuts in 2,200 theaters and “Rush” expands to roughly that same number after last weekend’s limited rollout.

Also read: Joseph Gordon-Levitt: Don’t Say ‘Don Jon’ Is About Pornography or Use the Word ‘Celebrity’

“It looks like those two are going after each other,” said Exhibitor Relations vice-president and senior analyst Jeff Bock, “but that’s pretty much what they have to do, given their core audiences.

“I’d give ‘Rush’ a slight edge at this point, but Relativity has done a really nice job with their ads, with a sort of less-is-more approach that piques interest without overdoing it.”

“Rush,” which follows the 1970s rivalry between Formula One rivals James Hunt (Chris Hemsworth) and Niki Lauda (Daniel Bruhl), would seem a natural for the sports network’s viewers.

“But Formula One has never been all that big here in the U.S.,” Bock pointed out, “and racing movies of any sort have never been really strong at the box office.”

The main characters in Disney’s “Cars” series and Universal’s “Fast & Furious” franchise spend plenty of time with their pedals to the metal, but those aren’t really auto racing movies.

Sony’s Will Ferrell comedy “Talladega Nights: The Legend of Ricky Bobby” made $148 million domestically in 2006, but after that the highest-grosser is the 1990 Tom Cruise film “Days of Thunder,” with $82 million. That’s about what Fox’s disappointing animated Indy racing film “Turbo” has taken in so far this year.

Also read: Racing Legend Niki Lauda to ‘Rush’ Makers: Don’t Make Me Look Gay and Get Me to the Oscars

Early box office projections have “Rush” at around $12 million for the weekend and “Don Jon’ at $10 million. Both are expected to finish well behind Sony’s animated family sequel “Cloudy With a Chance of Meatballs 2,” which is likely to wind up well north of $30 million.

Bock thought that the idea of director Howard taking on a legendary racing rivalry would connect with ESPN’s sports fans, but he said that it’s a question of degree – and competition.

“I think a lot of them would like to connect with ScarJo, too.”