Sharon Osbourne revealed new details about her hospitalization last month during a Tuesday appearance on the British show “The Talk.”

“It was the weirdest thing,” the 70-year-old said when asked to explain her medical emergency. “I was doing some filming and suddenly they told me that I [passed out] for 20 minutes.”

Osbourne added that she visited multiple hospitals, did “every test” over two days and “nobody knows why.”

When asked if she’s “good now,” Osbourne replied, “Yeah, I am, thank you.” 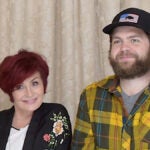 TheWrap confirmed that a patient was transported from the Glen Tavern Inn, a hotel in Ventura County, California that has been investigated by several paranormal shows, to Santa Paula Hospital on Dec. 16. Santa Paula Police Chief Don Aguilar told TMZ the patient was Osbourne.

Her son, Jack Osbourne, previously confirmed in an Instagram story that the incident occurred during filming for a new episode of “Night of Terror.”

“Now that we have made that clear… She has been given the all clear from her medical team and is now home,” he continued. “Thank you to everyone who has reached out with love and support. As to what happened to my mum – I’m gonna leave it to her to share about when she is ready.” 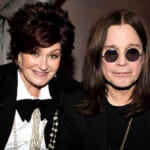