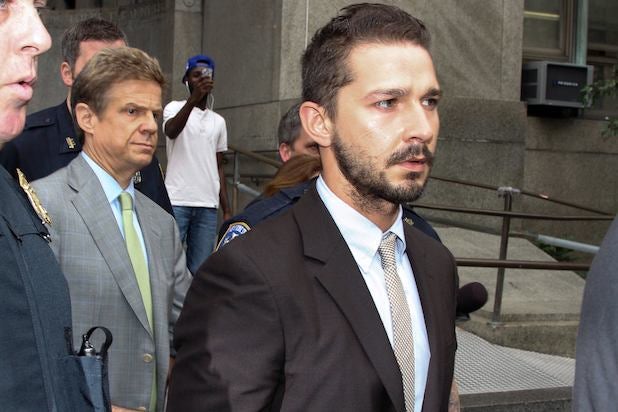 Shia LaBeouf‘s lawyers are working with prosecutors to reach an agreement that would resolve charges stemming from his disruptive outburst at a Broadway show last month, a spokeswoman for the New York County District Attorney’s Office told TheWrap on Thursday.

LaBeouf appeared in Manhattan’s Midtown Community Court alongside his defense attorney on Thursday when the lawyers told the judge they were exploring their own resolution to the case.

Also read: Shia LaBeouf to ‘Cabaret’ Security Before Arrest: ‘Do You Know Who the F–k I Am?’

LaBeouf, who co-stars with Brad Pitt in World War II tank drama “Fury” this fall, was charged with criminal trespassing and two counts of disorderly conduct in June after police escorted him out of Studio 54 during a performance of “Cabaret.”

The actor’s representative told TheWrap earlier this month that he was “voluntarily receiving treatment for alcohol addiction.”

LaBeouf is due back in court on Sept. 10.