Based on the novel by Thomas Mallon, the eight-episode limited series is described by the premium cabler as an “epic love story and political thriller, chronicling the volatile romance of two very different men who meet in the shadow of McCarthy-era Washington.”

Bomer will star as the handsome and charismatic Hawkins Fuller, who maintains a financially rewarding, behind-the-scenes career in politics. He avoids emotional entanglements — until he meets Tim Laughlin (Bailey), a young man brimming with idealism and religious faith. 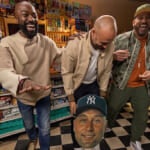 They begin a romance just as Joseph McCarthy and Roy Cohn declare war on “subversives and sexual deviants,” initiating one of the darkest periods in 20th-century American history. Over the course of four decades, Hawk and Tim cross paths through the Vietnam War protests of the 1960s, the drug-fueled disco hedonism of the 1970s and the AIDS crisis of the 1980s, while facing obstacles in the world and in themselves.

Alladin will play Marcus Hooks, who comes from a D.C.-based middle-class family and is a journalist covering the Senate beat while confronting the racism he encounters on a daily basis. Ricketts will portray Frankie Hines, a drag performer who works in the Cozy Corner, a favorite underground gay nightspot of Hawk and Marcus. Roach will play Senator Wesley Smith, a career politician and family man who is like a father to Hawk. Williams is playing Lucy Smith, the Senator’s daughter and a friend of Hawk’s since they were teenagers.

Created by Ron Nyswaner (“Philadelphia,” “Homeland”), “Fellow Traveler” will be executive produced by he and Bomer with Robbie Rogers. Daniel Minahan will executive produce and direct the first two episodes. Co-produced by Fremantle with Showtime, the series is slated to begin production in Toronto later this month. 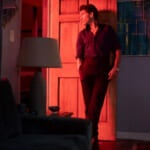