Sinqua Walls is set to star in the remake of “White Men Can’t Jump” for 20th Century Studios, according to an individual with knowledge of the project.

Walls (“Nanny”) will star opposite Grammy-nominated musician Jack Harlow, who is set to make his acting debut in the remake.

Music video director Calmatic is set to direct the project, from a script by “Blackish” creator Kenya Barris and Doug Hall. 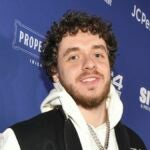 Released in 1992, “White Men Can’t Jump” starred Woody Harrelson as Billy Hoyle, a former college basketball star who wins bets against streetballers who think they can beat him because he’s white. His hustling strategy changes when he runs into Sidney (Wesley Snipes), another baller who tricks Billy out of a huge chunk of cash. After some prodding from their significant others, Sidney and Billy form a partnership that slowly grows into a friendship as they enter 2-on-2 tournaments for big bucks.

Walls is stepping into the role originated by Snipes while Harlow is playing the part originated by Harrelson. Production is set to start next month.

Barris will produce the remake via his Khalabo Ink Society banner along with Brooklyn Nets star Blake Griffin, former Carolina Panthers All-Pro lineman Ryan Kalil and Noah Weinstein, all of whom are producing through their company, Mortal Media. 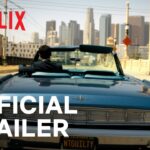 Walls currently stars in “Resort to Love,” on Netflix and will next be seen in Sundance 2022 Jury Prize winner “Nanny,” a horror film recently acquired by Blumhouse and Prime Video.

Walls is repped by Paradigm, Artists First and Viewpoint.

That Hashtag Show first reported the news of Walls’ casting