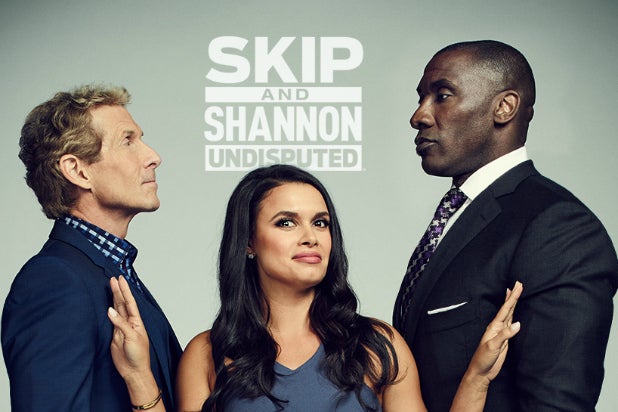 Perhaps Skip Bayless shouldn’t have left “First Take” after all.

The new Fox Sports 1 personality’s Tuesday-morning “Undisputed” debut was bludgeoned by his former ESPN2 series, according to overnight TV ratings — an early Nielsen measurement of viewership.

Final numbers will be officially released tomorrow. To be fair to Bayless and Fox Sports, ESPN calls itself the Worldwide Leader in Sports for a reason — it is still far bigger than the competition. Still, FS1 was probably hoping to compete a little better on Day 1 of its new flagship morning series.

Bayless left ESPN and “First Take” after a dozen years of embracing debate on the Disney brand. He’s since been replaced by Max Kellerman there. At Fox Sports 1, Bayless is reunited with buddy and boss Jamie Horowitz, another ESPN alum. The former Dallas Morning News columnist sits opposite NFL Hall of Famer Shannon Sharpe on the new show.

TheWrap recently spoke with Bayless, who revealed to us that “First Take” was nearly canceled over a 2013 incident involving him and NFL All-Pro Richard Sherman. He also compared and contrasted his old show with his new one, and swore up and down that his polarizing answers are not a masked effort of trolling the audience.

Speaking of trolling, “Skip and Shannon: Undisputed” recently made headlines for posting three billboards within five miles of ESPN’s main Bristol, Connecticut, campus. They featured Bayless setting a bird free from its cage.

TheWrap is no expert, but we think that might qualify as symbolism.