In the latest trailer for “Snake Eyes,” the origin story for the silent ninja killer from the “G.I. Joe” franchise, Henry Golding is brought into the Ninja Clan and told he must complete “The Three Challenges of the Warrior,” which if he survives will give him access to “our knowledge and our power.”

The trailer begins with Golding’s Snake Eyes salvaging the life of his partner in battle Storm Shadow (Andrew Koji), with the two of them escaping from a group of gangsters after Golding’s boss demands that he execute Storm Shadow for betraying the group’s trust. He’s then taken under the Ninja Clan’s wing and given a home he never had.

“I can’t change your past, but I can offer you a purpose,” Koji’s character says in the new trailer. “I believe in you.” 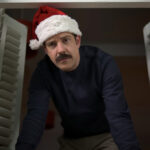 The movie is the third live-action film based on the “GI Joe” toy line and will focus on the origins of the fan-favorite character known for his masked face, black commando uniform and ninja training. Robert Schwentke, the director of “Red” and “R.I.P.D.,” directed “Snake Eyes” for Paramount and Skydance. 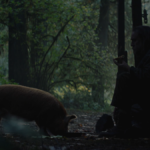 “Snake Eyes” opens in theaters, Dolby Cinemas and IMAX on July 23. Check out the new trailer above. And you can also check out a special featurette detailing the secrets behind “G.I. Joe’s Greatest Duo” in Snake Eyes and Storm Shadow below.