They are now among seven cast members who have announced exits from the long-running NBC series, joining Kate McKinnon, Pete Davidson, Aidy Bryant and Kyle Mooney.

Moffat joined the series as a featured player in 2016 and became a main cast member in 2018. Villaseñor also joined “SNL” in 2016. Athiras made his first appearance in 2021 for Season 47. 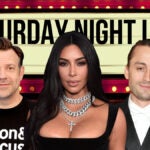 The departures from “SNL” mainstays are not entirely unexpected, since honcho Lorne Michaels previously hinted that the next season of the long-running NBC sketch show would be “a year of change.”

Season 47 is currently nominated for another 9 Emmy nominations, bringing its total to 315 since it premiered in 1975 — breaking its own record for most Emmy-nominated series in history.

“SNL” scored a nomination for Outstanding Variety Sketch Series. McKinnon also picked up a nomination, along with her former castmate Bowen Yang, for Supporting Actor and Actress in a Comedy Series. Jerrod Carmichael was nominated in the Guest Actor category for hosting an episode this season.

A premiere date for Season 48 has not yet been announced. 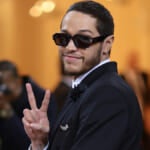