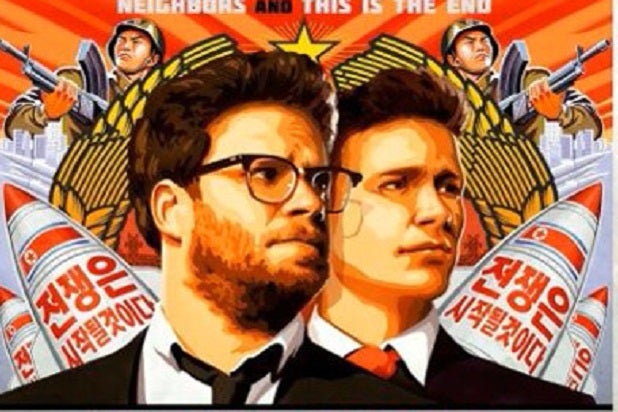 The National Association of Theater Owners (NATO) has released a statement regarding the release of “The Interview,” allowing individual movie theaters to delay the film in order to ensure the safety of moviegoers.

See photos: Sony Hack Attack: A Timeline of the Cyberbreach and Leaks (So Far)

“The ability of our guests to enjoy the entertainment they choose in safety and comfort is and will continue to be a priority for theater owners,” said the association in a statement to TheWrap. “While we do not discuss security procedures or policies, NATO members are working closely with the appropriate security and law enforcement agencies.”

The association also said individual theater and theater chain owners may decide to delay release of the movie in order to ensure the safety of patrons.

On Wednesday, it was announced that press screenings of the film in Baltimore, Cincinnati, Detroit and Austin have been canceled. Thursday’s New York City premiere has also been cancelled.

The latest statement comes after numerous theater chains — AMC, Regal, Cinemark, Carmike Cinemas and Bow Tie Cinemas — announced that they are dropping the Christmas Day release of “The Interview.”

As TheWrap previously reported, the hacking group, which has claimed responsibility for last month’s massive cyberattack that paralyzed the studio and resulted in the theft of thousands of sensitive documents and emails, had demanded that the studio pull controversial Seth Rogen and James Franco comedy.

Up until now, NATO has been publicly silent about its stance as a group amidst the concerns over the 9/11 reference in the hackers threat.

Representatives from the FBI and the Department of Homeland Security did not immediately respond to TheWrap’s request for comment.

Read the full statement from NATO below:

“The ability of our guests to enjoy the entertainment they choose in safety and comfort is and will continue to be a priority for theater owners. While we do not discuss security procedures or policies, NATO members are working closely with the appropriate security and law enforcement agencies.

We are encouraged that the authorities have made progress in their investigation and we look forward to the time when the responsible criminals are apprehended. Until that happens, individual cinema operators may decide to delay exhibition of the movie so that our guests may enjoy a safe holiday movie season experiencing the many other exciting films we have to offer.”