You have to suspend a hefty amount of disbelief in order to enjoy the kiddy horror pic “Spirit Halloween: The Movie” since, yes, it is a feature-length commercial for the Spirit Halloween chainstore. This lightly likable action-adventure advert rehashes the formulaic story beats that its filmmakers cribbed from a variety of acknowledged influences, including Amblin productions like “Gremlins” and “The Goonies.”

You might also think of Robert Zemeckis’s two Amblin movies, “Back to the Future” and “Who Framed Roger Rabbit,” given the presence of Christopher Lloyd, who makes a brief appearance as a vengeful ghost who hopes to possess a new human body. (Lloyd otherwise delivers his lines off-camera as a voice actor.)

Unfortunately, screenwriter Billie Bates and first-time director David Poag don’t have a knack for snappy dialogue or a general sensitivity for child and/or amateurish acting, which inadvertently puts way too much strain on the movie’s younger performers. There’s nothing wrong, in other words, with the idea of setting an all-ages haunted house-style chase movie in a corny bulk retail store. The main thing holding back “Spirit Halloween: The Movie” is that its young stars never get to convincingly act their age. 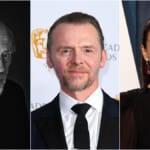 Lloyd steals the movie’s good-enough opening scene and also sets the bar a little too high for the movie that follows. Luckily (for his co-stars), Lloyd has the good grace to disappear right after this introductory flashback, since his character, Alec Windsor, gets cursed by the unnamed caretaker (Michelle Civile) of the Sacred Hearts Home for Wayward Children, who casts some kind of spell on Windsor after he tries to repossess her orphanage.

Fast-forward to the present day: sulky middle-schooler Jake (Donovan Colan) struggles to get into the Halloween mood after his best pal Carson (Dylan Martin Frankel, “Life & Beth”) warns him that he’d rather not go trick-or-treating this year. Carson’s just been love-tapped by puberty — there’s a recurring joke about his “peach fuzz” facial hair — and seems ready to put aside childish things. But Halloween means a lot to Jake, being a holiday that he used to celebrate with his late father.

Time’s moving way too fast for Jake now that he lives with his concerned mother Sue (Rachael Leigh Cook), his princess-loving sister Joanie (Billie Roy), and his concerned stepfather Frank (Brad Carter, “Ozark”). Yes, Virginia, somehow there are characters with backstories in “Spirit Halloween: The Movie.” 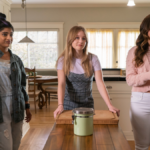 Also Read:
‘He’s All That’ Star Isabella Crovetti on Remaking the 90s Classic and Working with the Original Cast

To appease his newly mature buddy, Jake plans an unforgettable Halloween night activity for himself, Carson, and their underdeveloped mutual friend Bo (Jaiden J. Smith): they’re going to spend the night in their local Spirit Halloween store. They play with some plastic toy swords, goof off with NERF-style foam dart guns, and also awaken the cranky spirit of Alec Windsor. To stop Windsor, Jake and his friends must gather their courage and also team up with Kate (Marissa Reyes, “Raven’s Home”), Carson’s older sister and Jake’s puppy love crush. They bicker among themselves and get chased around by Windsor, whose (lord help me) spirit inhabits various chintzy-looking full-length costumes: a clown, a bear, a skeleton, et cetera.

Really, if you’re watching “Spirit Halloween: The Movie”, you’re probably not expecting a deeply involving storyline nor expensive-looking special effects. In that regard, you won’t be disappointed. You might, however, feel weirdly let down by the ensemble cast’s performances. A few actors struggle to enliven admittedly half-cooked placeholder dialogue, like when Bo yelps, “Let me go, you demonic bear!” Lloyd leads by example by varying the rhythm and intonation of his dialogue, which goes a long way when you have to dramatically read lines like, “Just so we’re all clear on the rules: I can’t leave here without a body.” 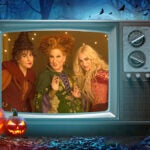 The kids don’t fare as well, despite their best efforts. Most of them show promise, like when Roy nails her character’s cute widwwe kid schtick and begs her big brother to take her trick-or-treating. Or when Bo farts and Smith hisses, “I told you that I’m lactose intolerant!” Not exactly iambic pentameter, but these kids valiantly try to meet this low-hanging material at its intended level.

Sadly, the movie’s younger actors seem to be hamstrung by bad direction since, in many scenes, the main thing stopping them from hitting their lines is a slower pace or a more playful approach. It’s hard to imagine anybody selling Colan or Smiths’s baldest lines, but they both have flashes of Lloyd-worthy inspiration.

That said, Bates and Poag generally don’t seem to know how to capture a low-budget Amblin vibe. Their uninspiring premise (or location, really) certainly doesn’t help, but nothing really could if you don’t treat your movie’s child performers like they’re the main draw in a movie for and starring children. “Spirit Halloween: The Movie” would have been a lot better if it was a more thoughtful showcase for what these kids can do when they’re not trying to sell us some dweeby costumes and a desperate-to-please retail franchise.

“Spirit Halloween: The Movie” opens Sept. 30 in U.S. theaters and on-demand Oct. 11 via Strike Back Studios.