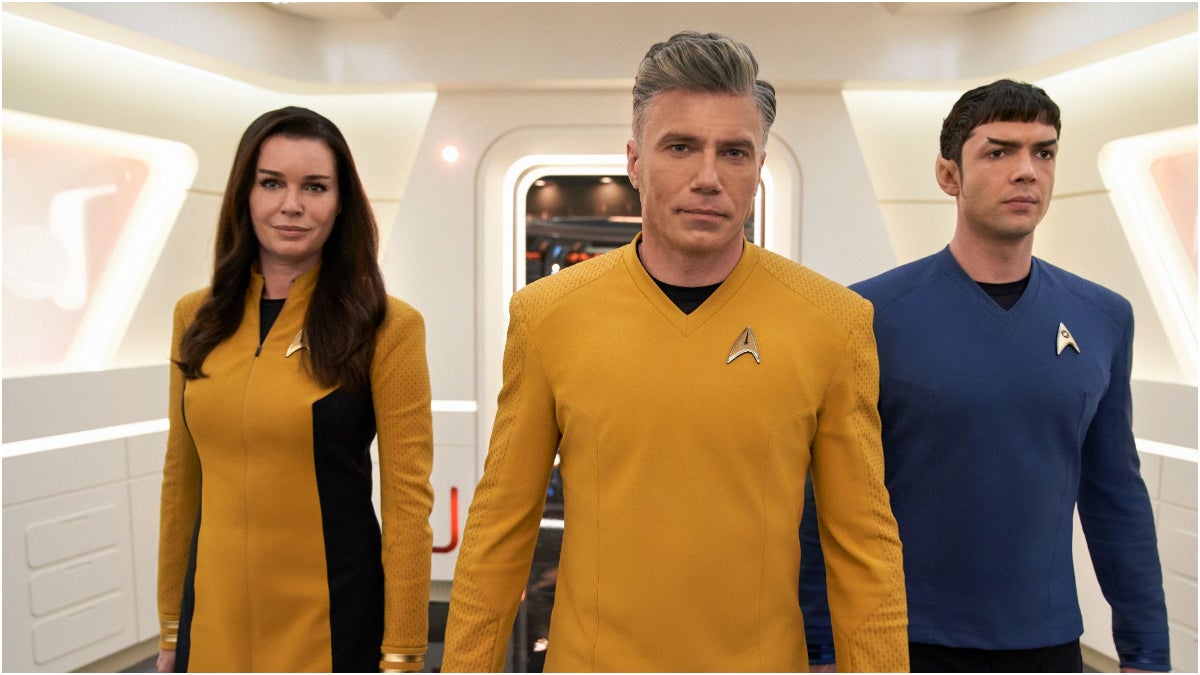 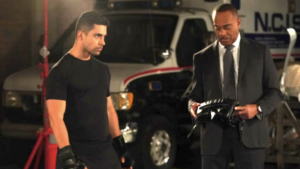 There have been nearly a dozen Star Trek TV shows over the past half century. But none of them, in this lifelong Trekkie’s opinion, have explored the universe quite so boldly or nearly so enchantingly as the original 1966-69 NBC series, no matter how cheesy its plywood sets and Styrofoam space boulders now seem.

The thrilling whoosh of the Enterprise as it zipped past blurry, out-of-focus planets in the opening credits. The giddy joy of watching Captain James T. Kirk swagger through the cosmos, bagging alien babes in tin-foil bikinis and outwitting evil brain creatures glowing and throbbing in what looked like a delicatessen dairy case. And who could forget that spine-tingling moment in season three’s “The Changling” episode, when Mr. Spock helped save the ship by mind-melding with a super-intelligent espresso maker?

I certainly can’t, but then I need a life. 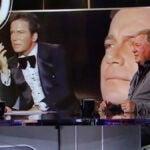 Now there’s a new series called “Star Trek: Strange New Worlds,”a spinoff of sorts of “Star Trek: Discovery” — the 2017 show that was the first of a new breed of Treks that lately have been multiplying like Tribbles on Paramount+. It too takes place in the 23rd century, about 10 years before Kirk commanded the Enterprise. Only this show orbits around Kirk’s predecessor, Captain Christopher Pike, a recurring character in the canon going way back to Gene Roddenberry’s original 1964 pilot episode, played this time, with a happy pinch of his own spaceman swagger, by “Hell on Wheels” star Anson Mount. Ethan Peck (grandson of Gregory) puts on pointy ears to star as young Spock, Rebecca Romijn is Number One, Pike’s second in command, Celia Rose Gooding is Uhura as a cadet, and there’s a bunch of new characters, as well, including Melissa Navia as Erica Ortegas, Star Trek’s first Latina pilot.

And, of course, there’s the Enterprise herself, given a slick, Apple Store-style makeover that nevertheless still lovingly references many of the 1960s set’s core elements (the boxy Captain’s chair, Spock’s sensor scope). More than just replicating the classic bridge, though, the show returns to the original series’ old-fashioned narrative format, taking viewers on an episodic adventure through the galaxy, with every hour serving up a whole new world and new civilization.

The brains behind it all is Akiva Goldsman, 59, a former “Fringe” scribe who is also a big-shot Hollywood writer who won an Oscar for his “A Beautiful Mind” script and produced such films as “Mr. & Mrs. Smith” and “I Am Legend.” On the eve of “Strange New World’s” May 5 premiere, I opened up a hailing frequency to the show’s creator and engaged in a bit of Vulcan mind-melding of our own.

There was a scene in “Discovery” a season or two ago when the Enterprise shows up towards the end of an episode. It was a super exciting moment. Was that where the idea for this show came from?
There are very few things in “Star Trek” that I can say are my idea, but this show is my idea. And it happened by accident.

[Back in 2016], before “Discovery” launched, I had heard that Alex Kurtzman, who’d I worked with on “Fringe,” and Bryan Fuller were making a new show. It was shrouded in secrecy.  All I knew was that it was a “Star Trek” series. And then Alex called me and said he needed a little help on it. Could I go in and kind of pull some things together. So I went on the internet and on the internet there were these endless rumors that the show was going to be about Captain Pike and Number One. I’m an old diehard “Star Trek” fan, so I thought that was the greatest thing I ever heard. I’m thinking, “Oh, my God! That’s so exciting!” But then I get there and the show they were making couldn’t have had less to do with Captain Pike and Number One.

So, from that moment on, I began agitating for this show. That’s how the Enterprise ended up at the end of “Discovery”’s second season and how Pike and Spock turned up on that show. It was because all I’d been doing was trying to drive us back to the idea of this show. That’s the show I always wanted to see. Now I guess we’ll see if it’s the show other people want to see. 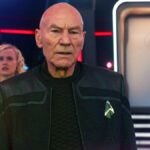 The series is a basketful of Easter eggs. I mean, in the first episode, you bring back Kirk’s brother, Samuel — with the mustache!
[Laughs] Almost the whole show is made of Easter eggs! There are boxes and boxes of them. The ship itself is an Easter egg! For those of us who are weirdly obsessive about this stuff, you can freeze frame this show and find things. But, for those who don’t give a flying f— about “Star Trek,” it should still be a fun show and a good show and at times an emotional show. And that’s the trick — are we holding faith with both audiences? If we are proportionally close, we’re going to be okay.

The thing about those Easter eggs, though, is that by their nature they appeal to older viewers. Is that the demographic you are aiming for here? And are there enough classic fans left in the world for this to work?
I don’t know, and that’s the truth. I find the metrics of streaming really elusive. You know, in the old days, you kind of knew what you were going for in terms of the audience. That was certainly true with movies, and I think with TV too, although that’s not really where I made my bones. But this idea now that streaming begets more streaming — to me, that feels a bit like you’re putting a lure in the water and hoping that the kind of fish that likes that lure swims towards it. Today you can make a show for, like, 11 people, if Netflix thinks those 11 people can somehow get the marketplace penetration that they need. So, in a weird way, you are kind of making things for reasons you can’t fathom. You just have to make them.

The idea of making this show episodic rather than serialized — with a contained plot line in each episode rather than a soap opera-like continuing storyline that unfurls through a season — that’s not very common on TV anymore. “Discovery” and the other Trek show you’ve worked on, “Picard,” are serialized. Is episodic easier or harder?
We leaned deeply into serialized in the other “Trek” shows but it’s a lot of heavy lifting. You’ve got to keep everything straight and your storytelling is deeply interconnected and you always run the risk of not having enough plot climax because every plot is a piece of a larger plot and always your first episode is darker so your last episode can be redemptive — it’s a bitch. So the idea of doing an episodic series was kind of a relief. It’s a little liberating. And the other thing is, only in episodic TV can you get away with the more O. Henry-esque, more “Twilight Zone”-ish stories that turn, where you think it’s going one way and then it inverts to teach you a lesson. That’s something you can only do with episodic. 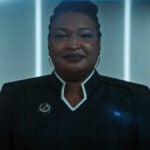 Also Read:
Stacey Abrams Explains How She Was Cast as President of Earth in ‘Star Trek: Discovery’ (Video)

It also allows you a wider range in tone, no?
That’s something we really wanted to do — give the show the versatility of tone that the original series had. We want to have space action and adventure, some space opera. But also have some lighter fare and also some straight old-fashioned horror. All things that the original series did that fell out with serialized drama.

You wrote and directed the first episode. Did you take a deep dive into the original sacred text and binge all three and a half original seasons before you started writing?
All I can say is that for me, it’s not a deep dive. It’s the thing I watched when I was growing up, every night at 6 o’clock on WPIX, Channel 11 in New York. Over and over and over again. It was the place I went when I couldn’t tolerate what was going on in my house with my parents or the oddness that I must have emanated to my deeply limited group of friends. So, I kind of knew all the episodes already. I’ve seen every episode of the original Star Trek many, many times. I mean, my first “Star Trek” convention was in 1975. So, it’s in my DNA.

“Star Trek: Strange New Worlds” premieres on Paramount+ on May 5. 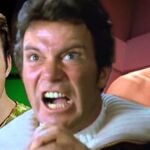 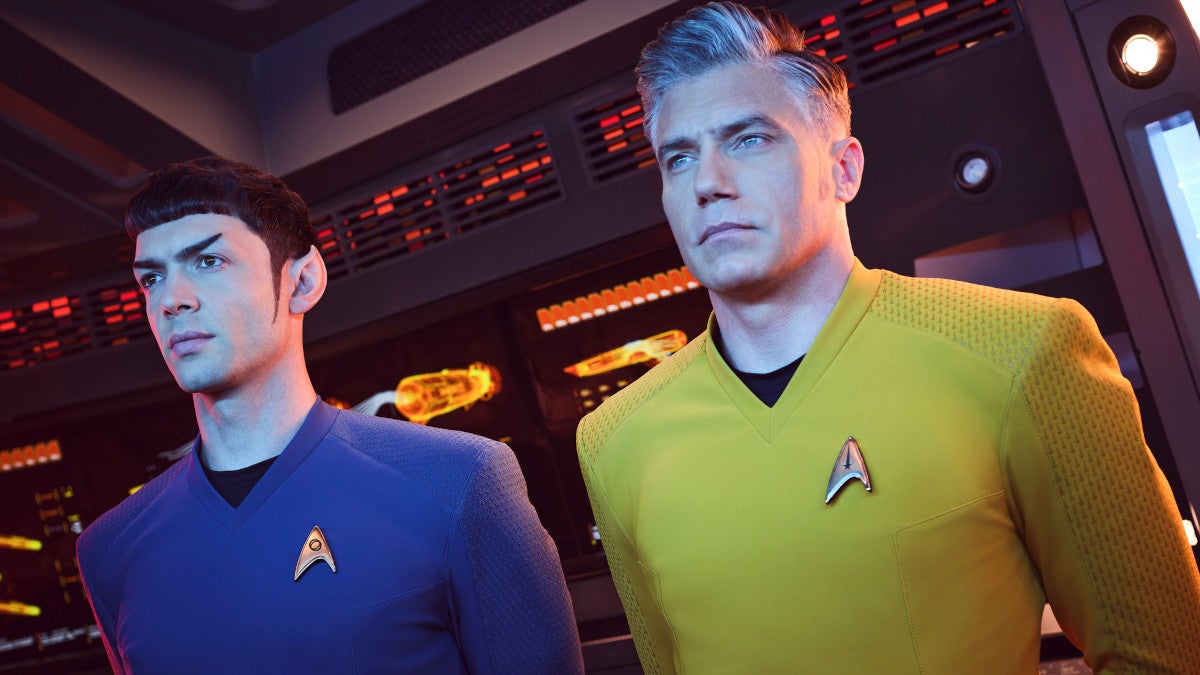 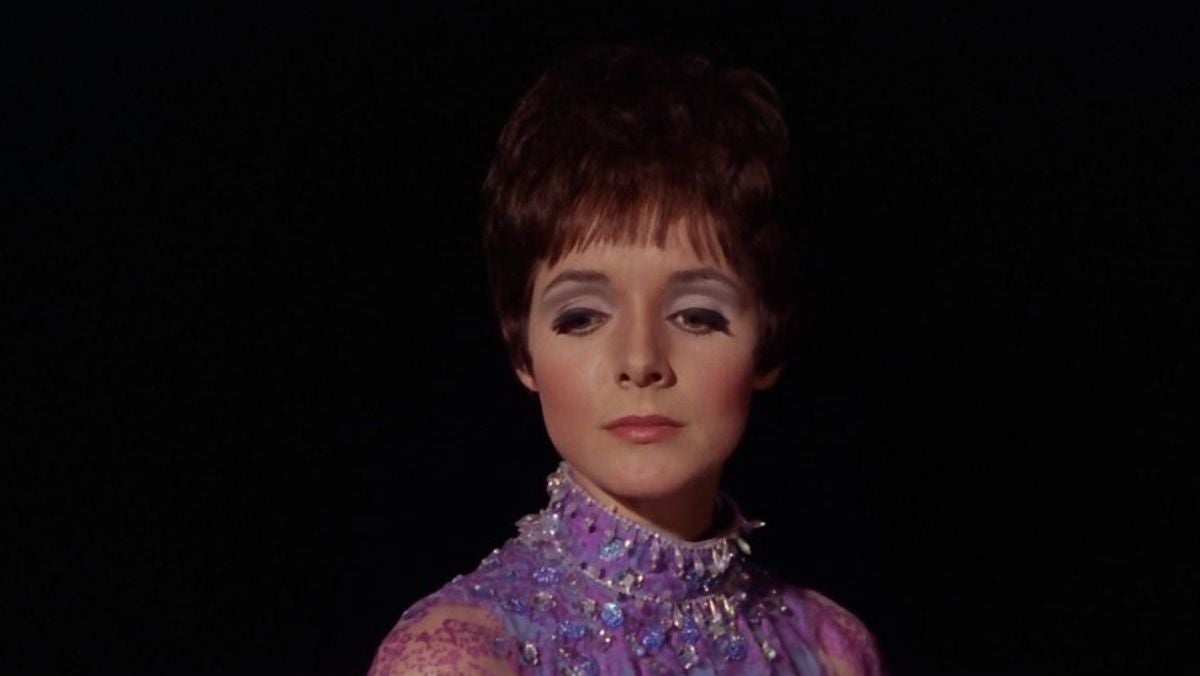 Kathryn Hays, ‘As the World Turns’ and ‘Star Trek’ Actress, Dies at 87 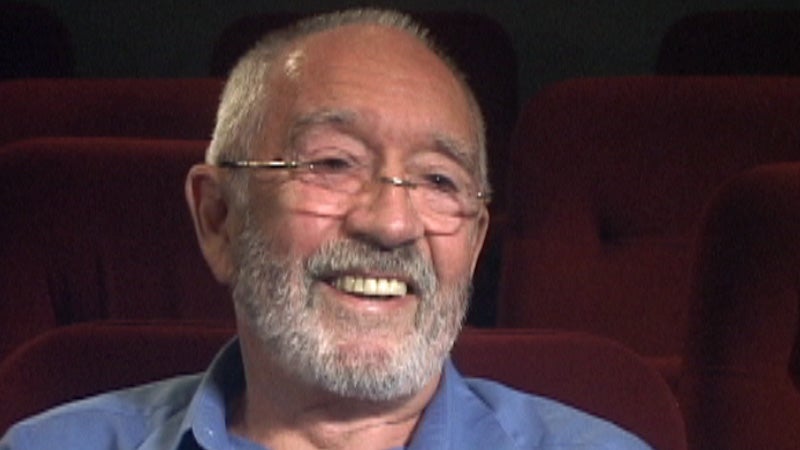 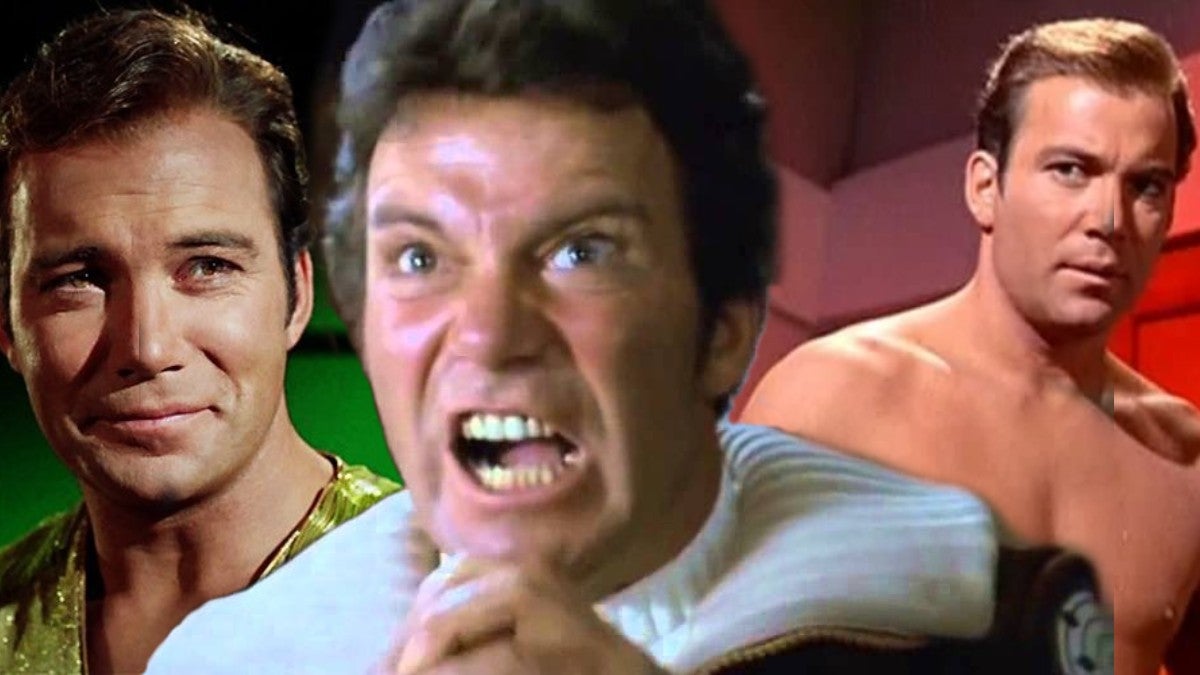 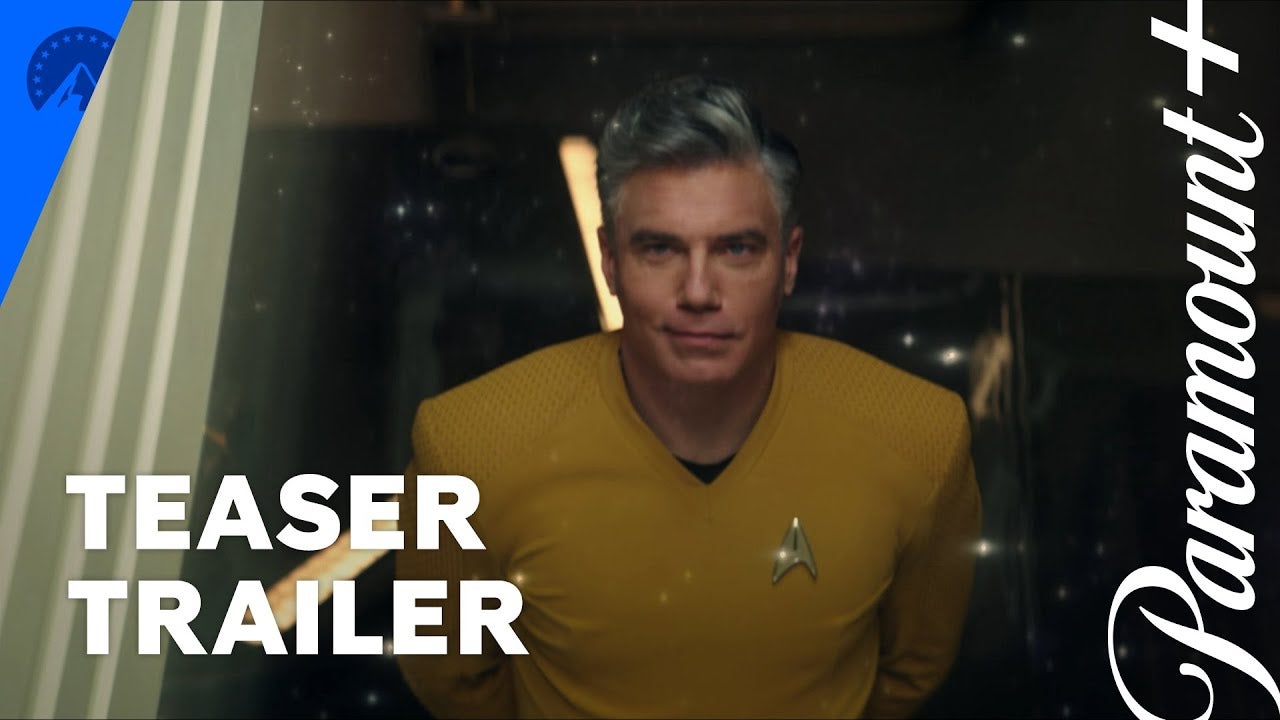 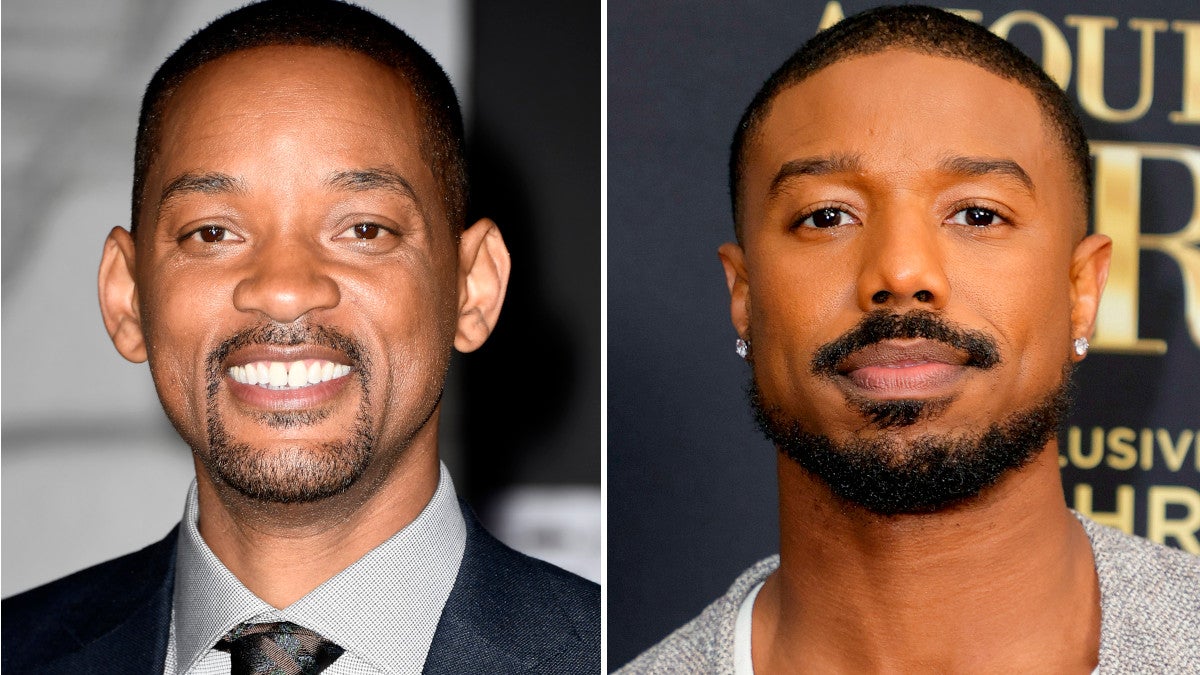 Will Smith to Star in ‘I Am Legend’ Sequel With Michael B. Jordan at Warner Bros. 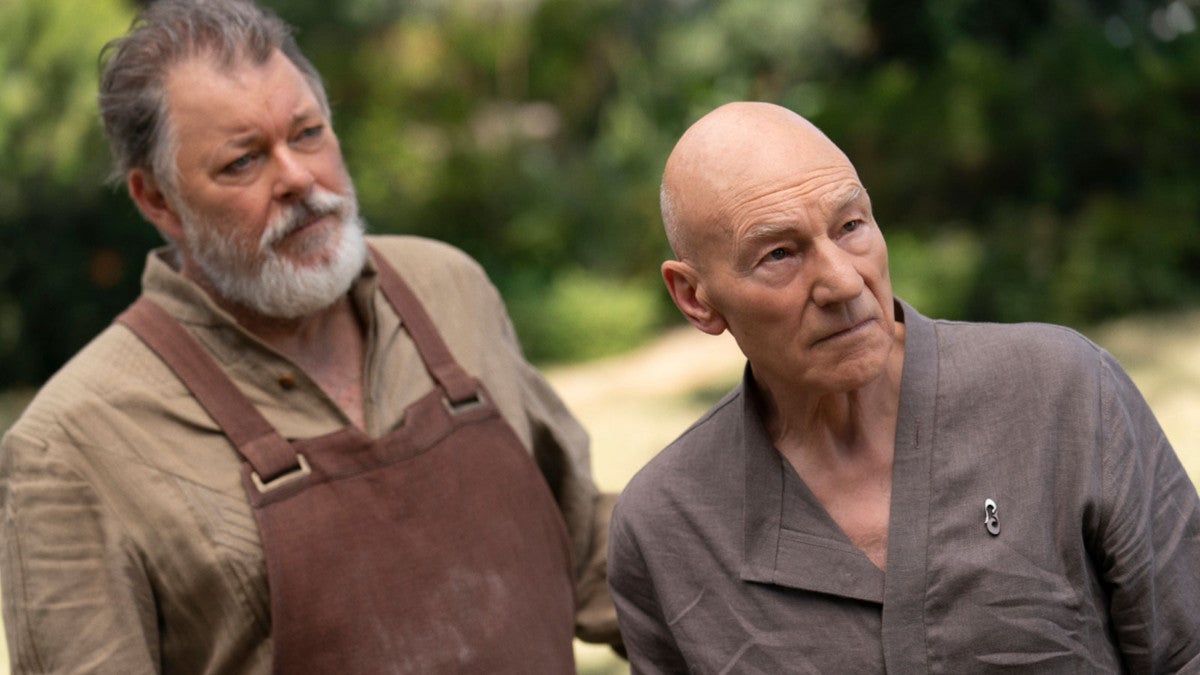 ‘Picard’ Season 1 Recap: The Refresher You Need Before Season 2 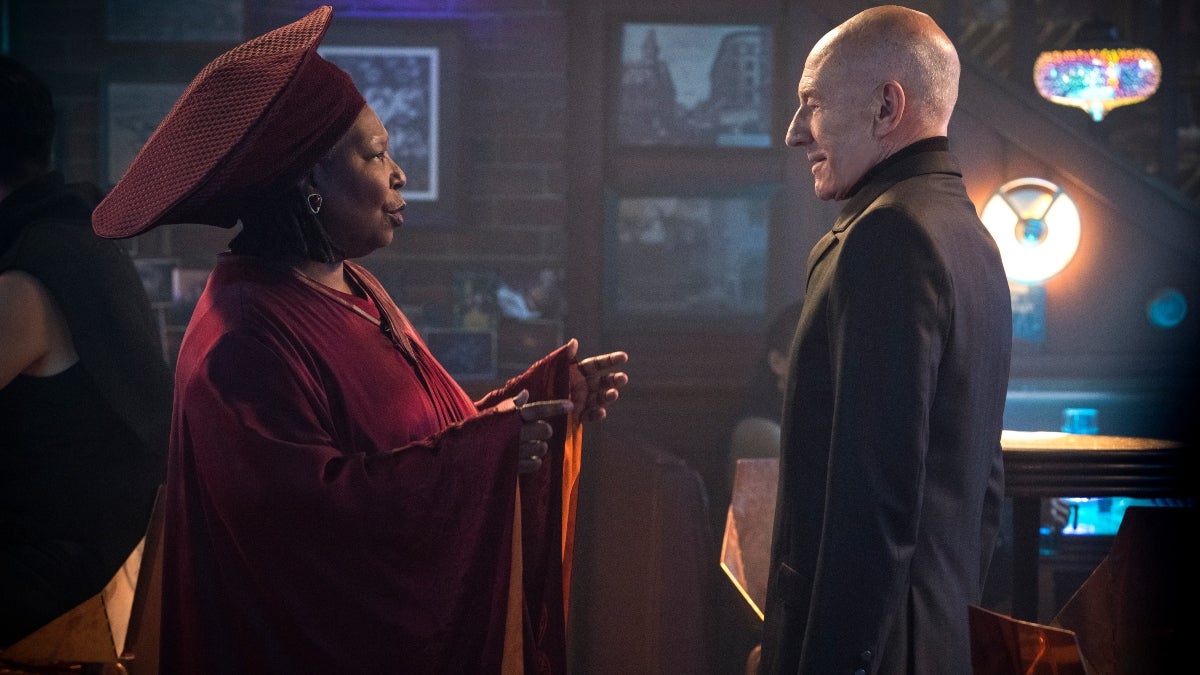 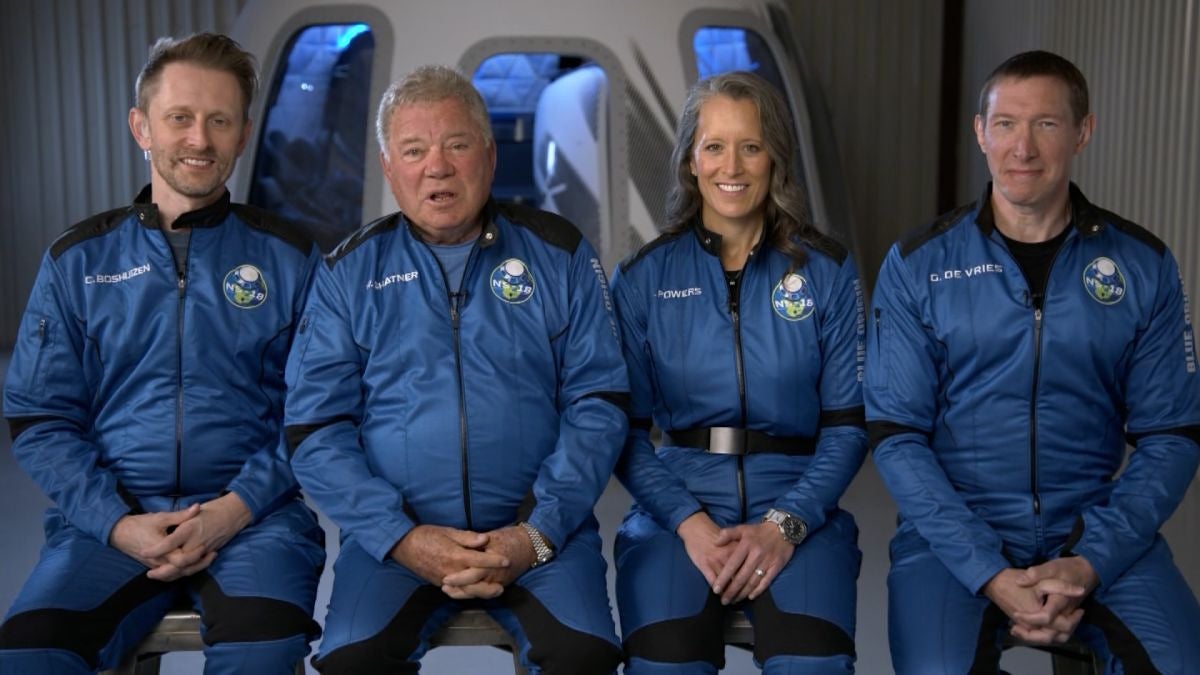 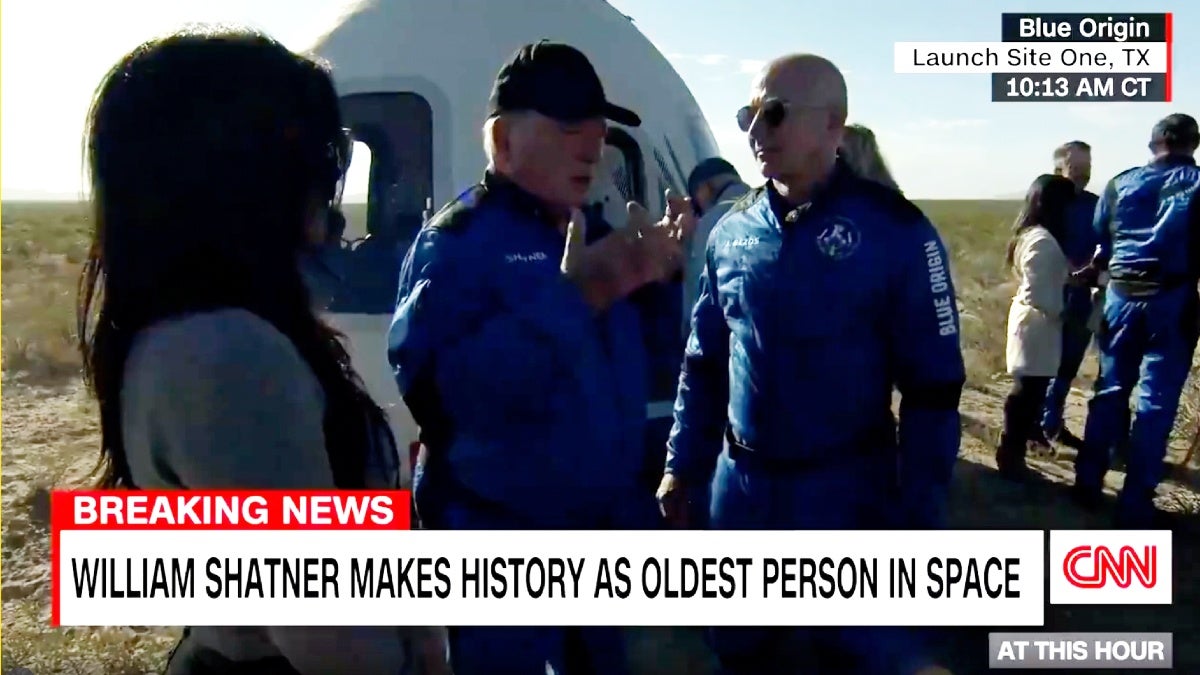 William Shatner Chokes Up After Space Flight: ‘Everybody in the World Needs to Do This’ (Video)