“Star Wars” is in a fascinating place right now. The franchise, which began in 1977, is now relegated exclusively to streaming. And without a new feature film since Christmas 2019, when the underwhelming “The Rise of Skywalker” closed out the so-called Skywalker saga, the cinematic output is very much in flux.

In an interview with Vanity Fair’s Anthony Breznican published Wednesday, Lucasfilm president Kathleen Kennedy was asked how important the move away from the Skywalker saga was for the vitality of the franchise. (Keep in mind that Luke Skywalker has now appeared in the second season of “The Mandalorian,” that show’s spin-off “The Book of Boba Fett” and will be a part of “Obi-Wan Kenobi,” which starts streaming next week. The Skywalker saga might be over but the character is still a keystone of the franchise.)

“I think it is vital,” Kennedy said about moving beyond the Skywalkers. “Just staying within the construct of George’s storytelling, to keep chipping away at that, I think would be wrong. It’s our job to step away now, but still have a connection to the mythology that George created. That won’t stop. But we are moving on from the Skywalker saga. That’s what’s taking a lot of time, discussion, and thought right now.” 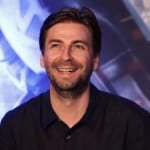 What that looks like is anybody’s guess, although one of the new Disney+ series, “The Acolyte,” take place 100 years before the events of the first “Star Wars” film, in a period known in the continuity as the High Republic. It will be great if the company follows through on this commitment – the “Star Wars” universe is so vast and diverse, to keep circling back to the same family seems unnecessarily limiting, on both a narrative and emotional level.

Hopefully the next big screen “Star Wars” adventure will once again take place in a galaxy far, far away only this time with characters we’ve never, ever seen before.