Steve Fickinger, an ex-Disney creative executive and the independent producer behind “Dear Evan Hansen” and other musicals, died last week at age 62. His niece, Jessica Roy, announced via Facebook that he passed away “suddenly” at his Laguna Beach, California, home on Friday. No cause of death was revealed.

A former stage actor, Fickinger worked his way up from the Disney mail room to become the Director of Creative Development for animated features. During his tenure, he shepherded beloved Disney classics “Mulan,” “Tarzan” and “Lilo & Stitch.”

He would go on to oversee the development of Broadway shows like “Aida” and the six-time Tony-winning musical “The Lion King” in his role as Vice President of Creative Development for Disney Theatrical Group. Fickinger also had a direct hand in the Tony-winning production of “Newsies,” as well as the musical adaptations of “High School Musical” and “Aladdin.” 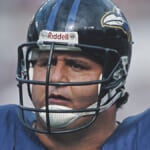 While at Disney’s theatrical division, he was in charge of its Education and Outreach efforts – among them, the Disney Musicals in Schools program, which offered material resources and teaching artists, free of charge, to schools that are underserved in the arts. Other philanthropic endeavors included the Los Angeles Food Mission, Meals on Wheels, the Race to Erase MS, and AIDS Walk, for which he raised $15 million. 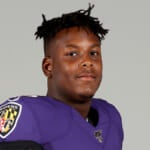 Fickinger had a number of works in development at the time of his death. Under a producing deal with Warner Bros. Studios, he had recently wrapped a project with director Jon Chu. Along with Deniece Williams, he was also co-producing “Live at the Crescendo Club: An Evening with Ella Fitzgerald, Sarah Vaughan and Pearl Bailey,” written and directed by Seret Scott.

“He was a vibrant, charming, wacky, hysterical man, profoundly generous, the best friend you could ask for, and we loved him so,” his niece Roy wrote in her obituary.

“He led an amazing life. An incredible loss.”