The press notes for “Stop-Zemlia” call Kateryna Gornostai’s coming-of-age story “radical, authentic, and sensitive.” The latter two descriptors are accurate. The movie’s power, however, comes not from any radicalism but from how authentically ordinary it feels.

Indeed, if this film is any guide, the lives of Ukrainian teens are virtually identical to those of their American peers. Though much of the action unfolds through the eyes of thoughtful high school senior Masha (Maria Fedorchenko), the narrative often splinters off to take in the perspectives of her various classmates. Chief among these are her two best friends, Yana (Yana Isaienko) and Senia (Arsenii Markov). All three are preoccupied with identity, Senia being particularly aware of the fact that his long hair, gentle nature and all-encompassing friendship with two girls have encouraged gossip about his sexuality.

This being the 21st century, even the people sharing the gossip acknowledge both how retrograde such speculation is, and how much about all of their lives feels fluid, including sexuality and identity. Their emotions, desires, anxieties and perspectives shift not only from day to day but often minute to minute. They are self-aware enough to realize that they’ve yet to fully form, while actively observing their own growth in real time. (The title refers to a playground game of dares that pulls the students both forward and backward.) 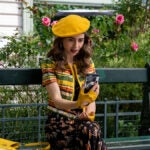 This is the first narrative feature from writer-director Gornostai, who began her career in documentaries. Her nonfiction background proves to be an asset manifest in ways both small and large. Thoughtful interstitial interviews with several of the teens feel fully real, and add depth to the more familiar scenes of them flirting or drinking or texting. It helps, too, that the young actors are so comfortable in their roles, perhaps partly as the result of an immersive, months-long preparation process.

Gornostai’s strengths are also evident in her recreations of adolescent egoism. Aside from the formal interviews, there is nothing at all that matters outside of any given moment, whether it’s at a frenetic school dance, or a droningly dull science class, or an anxiety-provoking, bond-building house party. 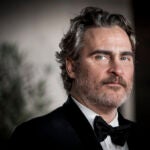 Cinematographer Oleksandr Roshchyn is particularly adept at establishing the naturalistic moods — simultaneously consequential and quicksilver — that Gornostai intends, his camera lingering on settings adults might skim right past. He adapts to fretful energy and leans into stillness, whether staring dolefully outside windows into a more exciting world or settling onto unmade beds inside anarchically messy bedrooms.

It must be said that Gornostai’s ambitions do occasionally feel as chaotic as those of her subjects. It’s clear that she shifts the viewpoints from her primary trio to those of their classmates in order to encompass a wider range of perspectives. And it’s a nice touch to include the outlook of one parent, who is as alienated as her son. But because these side storylines aren’t as well-integrated as those of Masha and her BFFs, they can come across as rote and distracting. 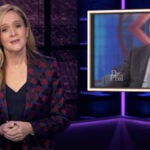 Meanwhile, her choice to focus an unblinking lens on her young heroine’s bare breast comes across as purely dispiriting, especially given the movie’s intentional respect for the teens throughout. Perhaps one of the reasons for Masha’s amorphous melancholy is the knowledge that even the most empathetically told stories of intelligent young women are still eventually undercut by reflexive objectification.

“Stop-Zemlia” opens in Los Angeles theaters and premieres on VOD on Friday.