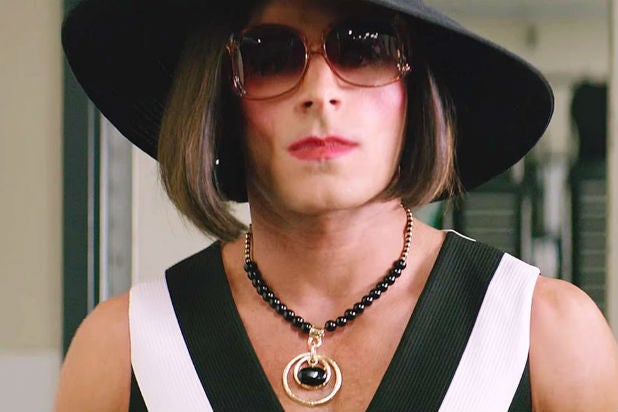 GLAAD is making good on a pledge to hold Hollywood studios accountable for LGBT representation — in real time.

The watchdog looked at all the wide release films to hit last weekend, a crowded Memorial Day block that represents the start of the summer movie season — and it was not happy with titles like “Baywatch” and “Alien: Covenant.”

“Instead of bringing the popular ‘Baywatch’ brand to modern day, the creators relied on outdated tropes that no longer appeal to mass audiences, and in the process sent a message about what sells — and what doesn’t — to the whole industry,” GLAAD President and CEO Sarah Kate Ellis said.

The group deploys their multi-point Vito Russo test to major movies that include lesbian, gay, bisexual, trans and queer characters, and issues a pass/fail grade based on how the projects stack up.

“In examining the eight films released by the seven major studios this month, LGBTQ people remain nearly invisible or the outdated punchline,” the report said.

In the case of Paramount’s misfire “Baywatch,” the Zac Efron-Dwayne Johnson film relied on a trope found often in studio fare: “gay panic,” or scenarios where straight characters are stressed by social or sexual situations involving gay people.

“The first meeting between the male leads, Matt (Efron) and Mitch (Johnson), includes a joke about Matt having a ‘mangina.’ The film continues with jokes about Matt’s hair product being ‘100 percent semen based,’ and how uncomfortable he was to ride on a jet ski behind Mitch while holding on to his waist,” GLAAD said.

They also took specific issue over a scene where Efron and Johnson wear disguises to go undercover at a hotel restaurant. Johnson gets a chef’s outfit, and Efron inexplicably dons a dress, high heels and full makeup (pictured above).

Also Read: These 13 Movies Were Rated the Most Damaging to LGBT People in 2016 (Photos)

“The entire joke then becomes a visual gag based on a man dressed like a woman, furthering the idea that someone in a dress who looks masculine is just a joke to be laughed at,” the group said.

Twentieth Century Fox’s “Alien: Covenant” barely passed the Vito Russo test, thanks to how vital a gay married couple (Demian Bichir and Nathaniel Dean) are to the plot. They did, however, criticize lack of clarity over their marital status until the end of the film. The men also refer to one another as “my wife,” on a ship rampant with aggressive sex talk between heterosexual couples.

Other films in the Memorial Day tally included “Guardians of the Galaxy Vol. 2” (fail, for lack of inclusion despite director James Gunn alluding to a gay character) and Amy Schumer’s “Snatched” (fail, for heavy implication of a lesbian relationship between Joan Cusak and out actress Wanda Sykes but ultimately labelling them platonic).

Big summer movies still in theaters that received automatic fails for featuring zero gay characters include Warner Bros. “King Arthur: Legend of the Sword,” MGM’s “Everything, Everything,” Disney’s “Pirates of the Caribbean: Dead Men Tell No Tales” and Fox’s “Diary of a Wimpy Kid: The Long Haul.”

The timely assessment comes on the heels of a deep-dive — and deeply damning — annual assessment called the Studio Responsibility Index.

“Creators of future films looking for a mass audience should take a page from blockbusters like ‘Beauty and the Beast’ and include LGBTQ characters in ways that drive positive buzz, LGBTQ acceptance, and subsequent box office success,” Ellis concluded.