“Trapped in marriage to a wealthy, unfaithful businessman, a middle-aged mother takes a break and goes with her young lover to a Riviera beach house where she plans a family vacation for the summer.” That’s the official description of “Suzanna Andler,” but the film is far more intriguing.

And that is certainly due to star Charlotte Gainsbourg; as Suzanna, Gainsbourg is the moon and sun of the film and handles it effortlessly.

Intimate from the beginning, the film opens on the voices of Suzanna and her real estate agent Rivière (Nathan Willcocks, “Casanova, Last Love”) before expanding to a wide shot of a house followed by a breathtaking shot of the water. The expansive eight-bedroom home is the primary setting for the film, serving as a stage for a largely one-woman show populated physically by two other actors in addition to Rivière, and two more via phone. 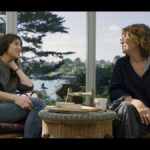 Also Read:
‘Jane by Charlotte’ Film Review: An Intriguing Portrait of Jane Birkin, by Her Daughter

In the age of COVID, the sparse cast offers great promise, and so does the setting. Although it’s easy to interpret the house and the glorious backdrop of the French Riviera as merely a de facto stage, they bring a lot to the film, primarily serving as a reminder of Suzanna’s privilege, subtly questioning if her “suffering” as “the French Riviera’s most cheated-on wife” is the tradeoff she’s made for such perks.

Director Benoît Jacquot (“3 Hearts”) adapts the play by French trailblazer Marguerite Duras, and her richly colorful language is on full display here. Through words only, Suzanna and her lover Michel (Niels Schneider, “I Killed My Mother”) paint a far more robust world than lesser films boasting multiple locations. Their initial meeting and the ups and downs of their nearly year-long affair are conveyed as a living, breathing relationship.

Early on, their coupling seems to be at a crossroads, especially as Suzanna appears a bit hesitant to continue their affair; it is quite clear that Michel is far less well-off than her husband Jean. As the film progresses, a series of entanglements are revealed, especially when Suzanna is in conversation with Monique (Julia Roy), an apparent friend who has a very familiar relationship with Jean, and later Jean himself, a looming and largely silent protagonist. Nothing is quite as it appears in “Suzanna Andler,” not even Suzanna herself.

Packed with intrigue, “Suzanna Andler” is not a film for those without imagination or patience. If anything, the film reaffirms the ability of words to paint pictures beyond a key, physical setting. Though the film presumably takes place in 1968, in keeping with the Duras and underscored by the relentless smoking and various conversations via telephone, it has a very present-day feel. Complicated matters of the heart mingled with class struggles, it would appear, are an endless reservoir for timeless drama. 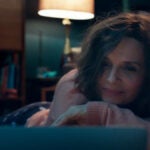 Also Read:
‘Who You Think I Am’ Film Review: Juliette Binoche Signs On and Seduces in Sexy Thriller

Jacquot brings an intimate familiarity with Duras to the project: Early in his career, he worked as an assistant director on several of her films, including 1972’s “Nathalie Granger.” As a result, he has a great handle on the material. Slowly and deliberately, he and cinematographer Christophe Beaucarne (“Adore”) capture Gainsbourg, who skillfully conveys both a sense of innocence and manipulativeness, in all her glory.

Suzanna is quite an alluring figure and a convincing liar. Even when the plot get melodramatic, she remains steady, feigning confusion while passively exerting and exuding her power. It’s a character sketch steeped in old-school femininity that is curiously both nostalgic and surprisingly contemporary.

“Suzanna Andler” opens in New York City on Friday and in Los Angeles on Oct. 22.