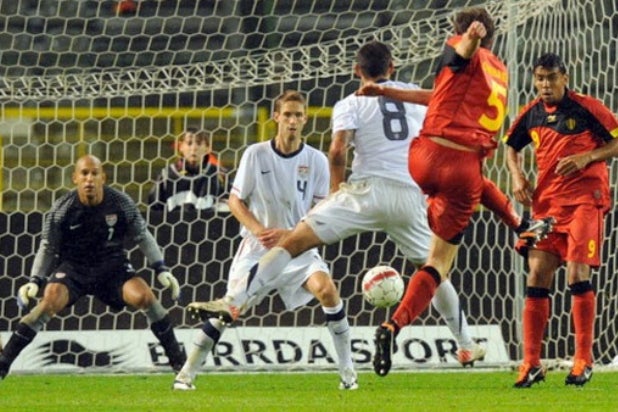 Team USA has been knocked out of the 2014 FIFA World Cup in the appropriately named knockout round. Belgium topped the Americans 2-1.

Among the losers, other than the team itself and U.S. soccer fans, are sure to be ESPN and Univision, who have reaped the benefits of strong TV ratings throughout the tournament. It was hard enough to get middle America to care about the World Cup, now the nation’s home team is going home.

“The United States had a spectacular run this World Cup and ESPN is proud to have covered it, especially with the unprecedented level of excitement that has swept the country,” Bill Hofheimer, senior director, ESPN Communications told TheWrap. “Our approach all along has been to cover the entire tournament, and there are many great stories that we will continue to present through the final on July 13.”

Social media engagement has also been very high during the games, which kicked off on June 12. Due to the international reach of Facebook and Twitter, there will be a less dramatic drop-off in online interaction. But the cable channels — and Nielsen — obviously only measure tune-in data from American TV sets.

And so far, it’s been a boon to the networks. USA-Ghana set a World Cup ratings record for ESPN last month. The next game, USA-Portugal, broke that record. USA-Germany landed in between.

Univision, with its Spanish-speaking audience, likely has viewership with a broader fanbase and thus may feel less of an impact than the so-called Worldwide Leader in Sports.

While surely disappointing to those on the pitch, Team USA’s performance is not all bad news.

Getting out of its tough Group was the benchmark that many set for American World Cup success. Team USA beat Ghana, tied Portugal and lost to Germany prior to Tuesday’s last gasp.