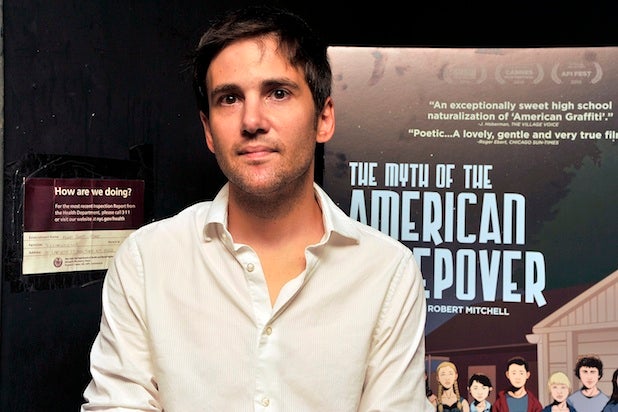 The Critics’ Week section at the Cannes Film Festival has selected 11 films from seven different countries for inclusion in its 2014 program, along with 10 short and mid-length films.

The sole American entry is “The Myth of the American Sleepover” director David Robert Mitchell‘s “It Follows,” a movie that mixes haunted teens and teen sexuality.

(Mitchell is pictured above.)

Four of the feature films are French and two are Israeli, with others coming from Colombia, Denmark, Italy and the Ukraine. All are first or second features for their directors.

Critics’ Week is a section that runs concurrently with but independently of the Cannes Film Festival.  It has been taking place for more than 50 years and is Cannes’ oldest competitive parallel section.

Films that have run in Critics’ Week in recent years include Ritesh Batra’s “The Lunchbox” and Jeff Nichols‘ “Take Shelter.”

See video: Guy Pearce Drags Around a Busted Up Robert Pattinson in ‘The Rover’ Trailer (Video)

Correction: An earlier version of the story said “It Follows” had a U.S. distributor. That is not yet the case. TheWrap regrets the error