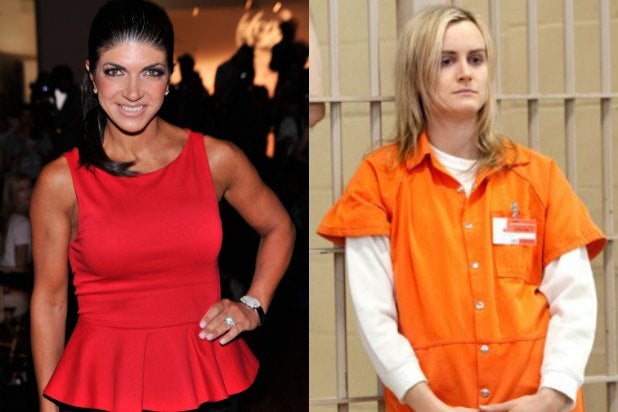 Don’t try and flip a table in the mess hall of your soon-to-be new home, Teresa Giudice. It might get you thrown in the SHU.

“The Real Housewives of New Jersey” star will serve her 15-month sentence at the Danbury, Conn. prison camp, the minimum-security facility that Netflix’s hit series “Orange is the New Black” is based on.

The comedy was created for the streaming site by Jenji Kohan, who adapted the series from Piper Kerman’s memoir, “Orange Is the New Black: My Year in a Women’s Prison.”

As TheWrap previously reported, Giudice had requested to serve the majority of her time in a halfway house, which would have allowed her to visit her family at their home. A federal judge denied her request on Wednesday, saying she should have asked to be placed there during her initial Oct. 2 sentencing.

Giudice will begin her sentence Jan. 5, 2015, at the facility officially known as the Danbury Federal Correctional Institution.

Giudice and her husband Joe Giudice were both convicted of mail, wire and bankruptcy fraud in a New Jersey federal court earlier this month. Joe, who also pleaded guilty to failing to file a tax return, was sentenced to 41 months in prison and will serve his time separately from his wife so that the couple can care for their children.