“The Bad Guys” is here. Based on the Aaron Blabey book series of the same name, the new film hails from DreamWorks Animation and brings a ragtag crew of, well, bad guys to life. Bad guys who just may find themselves turning good over the course of one big heist. The film boasts a unique animation style and an impressive ensemble voice cast, but many may be wondering, how do you watch “The Bad Guys?” Is this family film readily available at home, or is a theater visit on your calendar?

We answer those questions and more below. 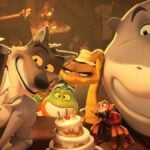 Also Read:
Why ‘The Bad Guys’ Channels Steven Soderbergh and Hayao Miyazaki in Its Stylized Animation

When Is “The Bad Guys” in Theaters?

Is “The Bad Guys” Streaming?

Not for free, but the film is now available on VOD as well as playing in theaters. As of May 13, you can rent or own “The Bad Guys” On Demand through retailers like Apple, Amazon and Movies Anywhere.

When Can I Own “The Bad Guys?”

The film will be released on Digital, 4K Ultra HD, Blu-ray and DVD on June 21.

What Is “The Bad Guys” About?

But when, after years of countless heists and being the world’s most-wanted villains, the gang is finally caught, Mr. Wolf brokers a deal (that he has no intention of keeping) to save them all from prison: The Bad Guys will go good.

Under the tutelage of their mentor Professor Marmalade an arrogant (but adorable!) guinea pig, The Bad Guys set out to fool the world that they’ve been transformed. Along the way, though, Mr. Wolf begins to suspect that doing good for real may give him what he’s always secretly longed for: acceptance. So when a new villain threatens the city, can Mr. Wolf persuade the rest of the gang to become … The Good Guys?

Who Is in “The Bad Guys” Cast?

The voice cast for “The Bad Guys” is as follows: 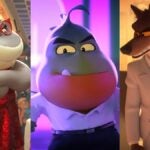 Also Read:
‘The Bad Guys’ Cast and Character Guide: Who Voices Who?