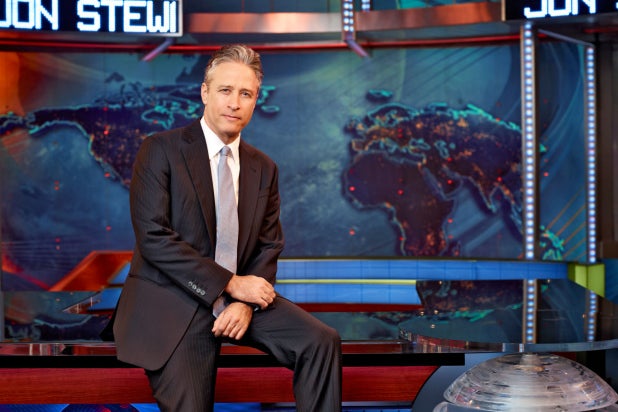 “The Daily Show with Jon Stewart” is heading back out on the road.

The Comedy Central team will broadcast a week of show’s titled “Democalypse 2014: South by South Mess,” from the ZACH Theatre in Austin, Texas, the week before the 2014 midterm elections.

Stewart has guest appearances already lined up, including from Texas State Senator and Gubernatorial Candidate Wendy Davis (D-TX), Congressman Joaquin Castro (D-TX) and a special performance by Austin native band, Spoon, from their new album, “They Want My Soul” on Oct. 30.

“Democalypse 2014: South by South Mess” is set to “feature news and analysis on heated races across the country from host Jon Stewart as well as reports and field pieces delving into the rich mine that is Texas politics from ‘The Best F*&#ing News Team Ever!‘ including Samantha Bee, Jason Jones, Jordan Klepper, Jessica Williams, Al Madrigal and Aasif Mandvi,” according to the announcement from Comedy Central on Wednesday.

On Sunday, Oct. 26, local Austin fans will also be able to catch a special event, “An Evening with ‘The Daily Show,'” which will feature stand-up performances from writer Travon Free, field producer Jena Friedman, writer Matt Koff, executive producer Adam Lowitt and writer Dan McCoy and a live taping of “The Daily Show Podcast without Jon Stewart,” including a panel discussion with several correspondents about their experiences covering elections.

“The Daily Show with Jon Stewart” airs Monday through Thursday at 11 p.m. ET on Comedy Central.