Julia Garner’s Anna Delvey isn’t the only unique accent making its debut in a fictionalized adaptation of real-world con-artistry, as Hulu has unveiled a first look at Amanda Seyfried as Theranos founder Elizabeth Holmes in the upcoming limited series “The Dropout.”

The show, from executive producer and showrunner Elizabeth Meriwether (“New Girl”), tells the story of Holmes and Theranos, crafting an “unbelievable tale of ambition and fame gone terribly wrong.” The official synopsis asks, “How did the world’s youngest self-made female billionaire lose it all in the blink of an eye?”

Kate McKinnon was originally attached to star as Holmes, but ultimately bowed out. This is the first of a number of projects in the works about the Theranos founder, including a feature film starring Jennifer Lawrence to be directed by Adam McKay. 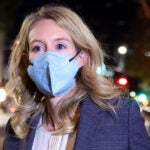 Watch the trailer in the video above. “The Dropout” premieres on Hulu on March 3 with the first three episodes, and new episodes will stream weekly. 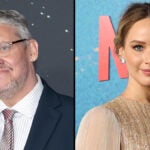