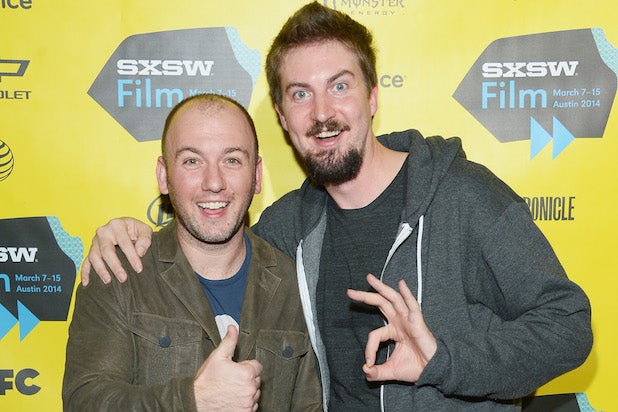 Just days before their latest genre film “The Guest” hits theaters, Simon Barrett and Adam Wingard are nearing a deal to write and direct an English-language remake of Kim Jee-Woon’s 2010 South Korean serial killer thriller “I Saw the Devil,” TheWrap has learned.

Snoot Entertainment, the company behind “The Guest” and “You’re Next,” has also boarded the project. Snoot’s Keith Calder and Jessica Calder will produce with Adi Shankar (“Dredd”) and Spencer Silna.

The original “I Saw the Devil” is a classic revenge tale about an elite special agent (“G.I. Joe’s” Lee Byung-hun) whose pregnant fiancé is murdered by an evil madman (“Oldboy’s'” Choi Min-sik), prompting him to lure the killer into an increasingly violent and twisted game of cat-and-mouse.

Like Denis Villeneuve‘s “Prisoners,” the premise of “I Saw the Devil” basically asks the question, “what happens when the hero becomes a monster himself?”

“I Saw the Devil” is character-driven rather than plot-driven, as the mystery of the killer’s identity is revealed early on. As the lines between good and evil become blurred, the film pushes the concept of revenge to its most extreme limits, effectively transcending the police procedural and serial killer genres in surprising and thrilling new ways.

The deal has been in the works for some time now, as Barrett has already started writing the script and director Wingard has begun meeting with actors, an individual familiar with the project has told TheWrap.

CAA will represent domestic rights to the “I Saw the Devil” remake, having packaged the project and set up the rights with Shankar and Silna’s production company.

Wingard and Barrett previously collaborated on “A Horrible Way to Die,” “V/H/S” and “You’re Next,” which made them darlings of the genre community.

Dan Stevens, Maika Monroe, Leland Orser and Lance Reddick star in “The Guest,” which Picturehouse opens on Wednesday, Sept. 17. The thriller earned strong reviews at both Sundance and Toronto.

Wingard is represented by CAA, Jeremy Platt Management and attorney Ryan Pastorek, the latter of whom also represents Barrett along with WME.

In a new video, Shankar talks about the “I Saw the Devil” remake. Watch it below.