This review of “The Hand of God” was first published on Sept. 2, following its premiere at the Venice Film Festival 2021.

The coming-of-age genre is ever-popular in both literature and cinema, and an author or film director generally likes to tackle this subject early in their career. But Paolo Sorrentino, who first came to international prominence with his “La Dolce Vita”–esque picture “The Great Beauty,” has chosen to do this autobiographical story of his youth 20 years after he made his first feature.

It might be hoped that the passage of time could give him some fond or melancholy distance from such material, but Sorrentino serves up his memories in an unappealingly inert and flat manner.

The bluntness of tone in Sorrentino’s “The Hand of God” is reflected in the facile and careless way it is made: In the opening shot of the movie, the camera moves forward fairly swiftly across water and takes in Sorrentino’s home city of Naples before smoothly turning back around to look at the sea. This calls to mind the famous last shot of Michelangelo Antonioni’s “The Passenger,” much to Sorrentino’s detriment. 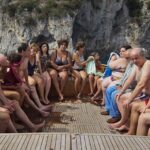 It is much easier to achieve an effect like this for Sorrentino now than it was for Antonioni in 1975, but it was partly the extra effort involved that makes the Antonioni shot so moving and such a milestone in film history. Sorrentino’s long opening shot in “The Hand of God,” by contrast, is just a slight of hand that is quickly abandoned for a thudding, non-invisible editing style in which every cut is so definite that it feels like Sorrentino is moving the narrative forward the way kids do when they play kick the can.

Callow protagonist Fabietto (Filippo Scotti) is always looking with longing at his beautiful and mentally unstable Aunt Patrizia (Luisa Ranieri, “Letters to Juliet”), but he tends to look with frozen longing at just about everyone and everything here, and sometimes even other people in the movie find this annoying. The anti-social Signora Gentile (Dora Romano, “My Brilliant Friend”), who always wears her fur coat, even in hot weather, and munches uninhibitedly on big balls of ricotta cheese, at one point tells Fabietto to stop staring at her: “Don’t look at me, there’s nothing to see,” she insists. Sorrentino should be out to prove her wrong, but instead, he only winds up confirming what she says. 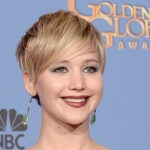 Fabietto wants to be a film director, and so both he and Sorrentino place an emphasis on looking as a pre-requisite of this vocation, which it is — but looking and perceiving what you are looking at are two different things, and Sorrentino just gawks unreflectively at people with his camera and has Fabietto stare at them in point-of-view shots without ever seeing what makes them who they are.

Aunt Patrizia is first shown in a white dress so tight that it makes it clear she is not wearing a bra, and she gets her rear end grabbed by a man who claims he can stimulate her fertility; when her husband attacks her, he tears part of her dress so that one of her breasts pops out, and Fabietto stares at it with his signature open-mouthed longing. Patrizia sunbathes nude on a boat as her entire family sits on the other end and looks uncomfortable, lustful, or disapproving; much later, she is seen in a madhouse and speaks to Fabietto about wanting to be his muse when he becomes a movie director.

Aunt Patrizia is supposed to be a major character in “The Hand of God,” yet all we learn about her is that she is an exhibitionist, that she wants children, and that she might have some unspecified mental-health issues. This is the very limited way that Fabietto sees her, and Sorrentino also views her that way, with no attempt made to understand her on any but the most superficial level. 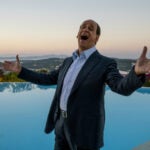 Sorrentino has no talent here for making scenes happen. There is a potential climax in the narrative where Signora Gentile is physically attacked during a moment of high drama, and this should feel shocking, but the high placement of the camera and the very unconvincing physical relationship between the actors makes it feel false and trivial.

A scene where Fabietto is deflowered by an older woman has the grotesque vibe of a Lina Wertmüller set piece, and Sorrentino leans on Fellini again by having Fabietto’s brother (the very appealing Marlon Joubert) audition for Fellini himself. Fabietto stares into the room where Fellini is doing his auditions (we do not see Fellini on screen but we do hear him) while a great number of headshots of women are looked through and pinned to a wall. Here, as elsewhere, Sorrentino adopts the sensibility of his young leading character: stunned, agog, but with no true sense of wonder.

There is no judgment at all of the personal material Sorrentino uses in “The Hand of God,” no attempt to shape it or dig deeper into it or see beyond the many cinematic reference points that either confine or shame the limits of this family story, which includes a very tragic fate for two of the main characters. Like Fabietto, Sorrentino looks and looks here, but he never truly sees anything.