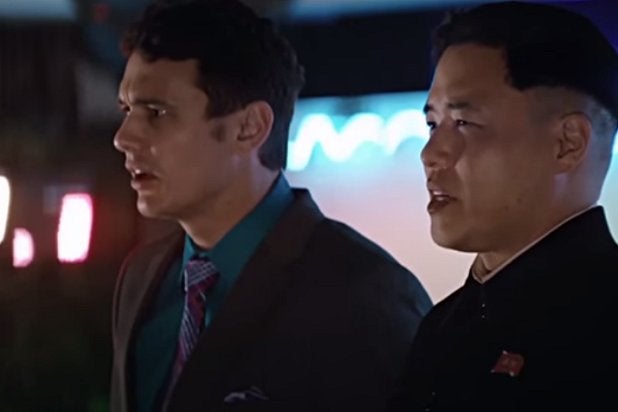 The controversial movie comedy “The Interview” has brought in an unprecedented $31 million from online and video on demand after two weeks in release, Sony Pictures said Tuesday.

The Seth Rogen–James Franco film has been rented or purchased online and through cable, satellite, and telecom providers more than 4.3 million times, far more than any movie ever has. It brought in $15 million online in its opening weekend, and Sony last week added iTunes and several satellite and cable networks to the list of platforms offering the film for rent or purchase.

With the $1.8 million that it took in from its limited theatrical opening over the Christmas holiday and the $1.1 million it grossed last weekend added in, “The Interview” has rung up a total of $2.9 million at the box office. With the $31 million from VOD and streaming added in, it’s grossed a total of $33.9 million. Even with the record returns from online, “The Interview” remains a long shot to get into the black, since it had a production budget of $45 million and a marketing budget in the same range.

Also Read: Will ‘The Interview’s’ Online Haul Be a Game Changer for Hollywood?

Its online, VOD and box office haul so far is well under the $80 million that the comedy about assassinating North Korean leader Kim Jong-un was projected to take in from its original theatrical run. But it’s considerably better than nothing, which Sony was looking at. The original nationwide rollout, expected to put the film in at least 2,000 theaters, was canceled after terror threats from the purported hackers. Sony backtracked under pressure from President Obama and others, however. The studio released the film, directed by Rogen and Evan Goldberg and written by Dan Sterling, in 331 independent theaters on Christmas Day.

Major exhibition chains including AMC and Regal opted out of the release to protest Sony’s decision to make the film available online at the same time. That’s a hot-button issue for theater owners, who see it as harmful to their business and have been fighting it for years. “The Interview” played in 581 mainly smaller and independent theaters last weekend, as the major chains continued to stay away.