Actress and filmmaker Livia de Paolis takes on the classic childhood story of Peter Pan in her adaptation of Laurie Fox’s novel “The Lost Girls,” a book that imagines what it would have been like for Peter to continue to visit Wendy Darling’s family as promised.

The result is a strange mix of the modern and the magical, and the attempt to bring this fantastical tale into the contemporary world doesn’t work as intended, as least as executed by de Paolis, who directed, wrote the screenplay, and stars in the film.

De Paolis, whose grandfather founded an Italian movie studio in 1938, plays Wendy Darling, the granddaughter of the original Wendy (Vanessa Redgrave), whom Peter (Louis Partridge, “Enola Holmes”) first visited and taught to fly. Nana Wendy’s daughter Jane (Joely Richardson) is young Wendy’s mother, though she’s been long missing, and the young girl has been raised by her loving father Clayton (Julian Ovenden, “Bridgerton”). As a child, little Wendy (Amelia Minto) was given a promise, and a warning, from her Nana Wendy, that when she’s 13, Peter will come and visit her too. 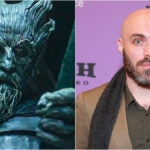 The Peter Pan myth continues to shape Wendy’s childhood, even though she moves with her father to New York City. He homeschools her, and she grows into an imaginative young woman (Emily Carey, “Wonder Woman”). After a vivid dream — or was it? — about Peter finally visiting her, and a terrifying encounter with a lecherous, besuited Hook (Iain Glen), Wendy spends her teen years pining for Peter to visit again.

This inherited legacy of Peter Pan continues to affect her life in adulthood too, after she meets Adam (Parker Sawyers, “Southside With You”), becomes pregnant, and has a daughter, Berry (Ava Fillery, who previously played Wendy in “Come Away”). Wendy still has visions of Peter, Hook, and even her long-lost mother, Jane, and it’s something she knows she will pass on to Berry, who has grown into a rebellious teenager (Ella-Rae Smith, “Into the Badlands”). 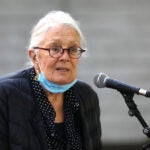 The idea of examining the psychological impact of Peter Pan on a lineage of Wendy’s daughters as they do, indeed, grow up — against his wishes — could be interesting if it wasn’t so flimsy. “The Lost Girls” gets stuck somewhere in the middle of magical realism and a gritty psychological exploration of what it means to believe in Peter and still live in the real world. This story works for children in Victorian-era England; it absolutely does not work for a teenage girl in the mid-‘90s in New York City, even if that teenage girl still carries around a Cabbage Patch doll for some reason.

There’s a bizarre artificial sheen to the proceedings of “The Lost Girls,” which has no sense of time or place, despite the onscreen titles that insist, yes, this is Manhattan in 1995, or London 1988, or 2013. The dream/fantasies/visions of Peter and Neverland are even worse, with a cheesy digital aura and vivid, shiny color that give everything a real deepfake look. The thirsty orange wigs plopped atop the heads of Minto and Carey do not help with the aesthetic authenticity. 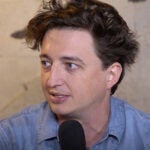 The storytelling is unnecessarily convoluted, with flashbacks and time jumps on top of the drifting between fantasy and reality, and the acting is dismal. Mother and daughter Redgrave, Vanessa and Joely, are typically great, if under-utilized, but de Paolis and Smith are far from believable in their roles.

De Paolis, in particular, does not manage to convey any emotional or human honesty in adult Wendy. Indeed, her character has always felt different and set apart by the promise of Peter and Neverland, and while this somewhat works for the younger Wendies who are, after, all, children (even if teenage Wendy is really pushing it on the childlike wonder and innocence for a New York City teen growing up in in the ‘90s). Wendy continues to hold onto this fantasy well into adulthood, and her insistence upon it drives a wedge between her and her family.

Still, de Paolis’ depiction of Wendy is inconsistent, often inappropriately outsized or erratic, and Smith, as a teenager resisting her mother’s personal lore, is the same. The film is dedicated to mothers and daughters, but the relationships between all the mothers and daughters are so strained and strange as to defy real human behavior. It’s impossible to connect with these characters or their journey in this inauthentic, airless, and tortuously tangled film.

The execution of “The Lost Girls” is so shoddy it makes one think that there’s no possible way to update the Peter Pan story, though Behn Zeitlin’s underrated 2020 film “Wendy” would suggest otherwise. Zeitlin kept the story rooted in childhood, which allows for wonder, belief and impulsive, problematic decision-making that makes the adventures of Peter, Wendy, and the Lost Boys work. Perhaps it’s just that Peter Pan has no place in adult stories, a notion with which the character, who eschewed growing up, would likely agree.