Netflix stalwart Mike Flanagan is back later this year with a brand new horror series called “The Midnight Club,” and the streaming service has unveiled the show’s first teaser trailer and premiere date.

The show is an adaptation of the Christopher Pike novel of the same name and hails from Mike Flanagan, the filmmaker and showrunner behind “The Haunting of Hill House,” “The Haunting of Bly Manor” and “Midnight Mass.”

The story follows seven terminally ill young adults living in a hospice run by an enigmatic doctor. Every night at midnight, they meet to tell each other scary stories, and after making a pact that the first of them to die will try to communicate from the grave, strange occurrences begin. 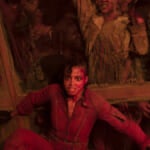 The “Midnight Club” teaser trailer introduces the cast in one long tracking shot, with eerie sounds and sights thrown in for good measure. Keep a close eye and you just might spot an enigmatic figure haunting the group.

Flanagan is showrunner and executive producer on the series alongside Trevor Macy. “The Midnight Club” will premiere on Netflix on Oct. 7.

Watch the “Midnight Club” teaser trailer in the video above. 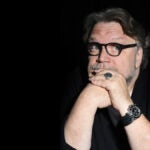