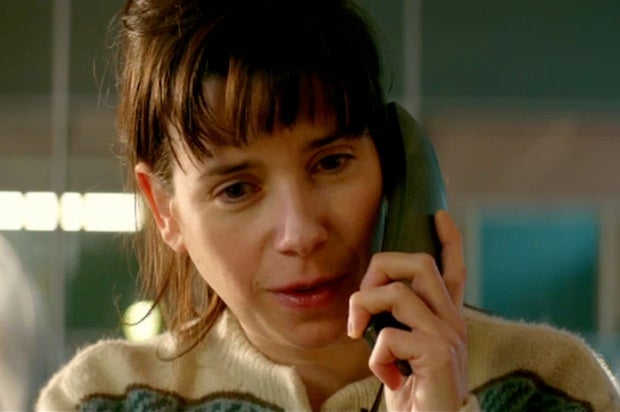 Readers of TheWrap got their first look at Mat Kirkby’s short film “The Phone Call” when it was part of our ShortList Film Festival in August. On Thursday, the film took a step toward a larger audience, landing an Academy Award nomination in the Best Live-Action Short category.

“It’s just amazing that you make a tiny film in an unused office block somewhere in North London in three days for no money, and then it gets to the Oscars,” said actress Sally Hawkins, who plays a woman working at a crisis hotline in the beautifully drawn short from Kirkby, a commercial and music-video director who works at Ridley Scott’s company in London.

The film is essentially a 20-minute conversation between Hawkins’ character, a shy woman who works the night shift, and a despondent caller played by Jim Broadbent. We see Hawkins, but only hear Broadbent, in a conversation that is quietly devastating and deeply moving.

Hawkins, who was nominated for an Oscar last year for “Blue Jasmine,” said she “adored the script when I first read it,” but she was working on other projects and couldn’t commit to even a short shoot. She figured Kirkby would find another actress — but instead he waited for her and set it up to film quickly while she was available.

“I loved the simplicity of it,” said Hawkins. “Simplicity like that is the most difficult thing to do, and it is so rarely achieved. And yet when it’s done well, it’s very powerful.”

While Broadbent wasn’t on camera, Hawkins said he was always on the set. “Jim was there,” she said. “He was in the next room, and he was even in costume, sitting in a particular chair that made him feel a certain way.

“It had to be both of us together. You never see him, but he’s just as much there, and it wouldn’t have worked if I didn’t have Jim in real time on the other end of the phone,” she said.

This marks the second Oscar-nominated short in which Hawkins has appeared, after the animated short “Room on the Broom” in 2012.

“I’m a big fan of short stories in literature, and I really love watching short films,” she said. “There’s so much you can put in them, but it’s hard to get the balance right. To say something powerful in only a few minutes is a rare thing, but in this case it was all there in the script.”

Watch as Kirkby discovers he has been nominated for an Oscar: