“The Princess” opens on a muddle of well-known fairy tales. The titular royal (Joey King, “The Kissing Booth”) lies unconscious in an ornate dress, her wavy locks strewn across the pillow. Flowers surround her bed. But unlike Rapunzel, Sleeping Beauty and Snow White, she awakens on her own and proceeds to beat the ever-loving hell out of two brutish guards. Though that opening promises some kind of meaningful subversion, this film has just one brave question to ask: “What if a princess could also kick your ass?”

The shrug-worthy answer – “Then she would probably kick some ass, I guess” – makes for the bulk of this facile, plotless movie. 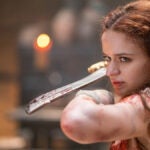 Also Read:
Joey King Bests All Her Opponents in ‘The Princess’ Trailer (Video)

The sparse narrative, from first-time screenwriters Ben Lustig and Jake Thornton, goes like this: The princess wakes up in a tower. The princess has been kidnapped by the evil nobleman Julius (Dominic Cooper, doing his best Karl Urban impression). The princess must slaughter scores of knaves in order to evade marriage to the loathsome Julius and save her family.

Joey King indeed fells many villains, and there is some impressive stunt work in this mishmash of CGI and confusing choreography. But there’s basically nothing to see here – unless, of course, you find it in any way novel to see a feminine woman head up an action movie.

For those of us who haven’t been comatose since 1980, girl fighters are nothing new. In the last year alone, there was “Black Widow,” “Raya and the Last Dragon,” the re-release of “Justice League,” and “Army of the Dead.” The idea that this in any way makes for meaningful female representation is laughable. Yes, women can be athletic and still be women. That Hollywood often feels the need to prove this point by gussying up its female fighters with coiffed hair, makeup, and impractical outfits, is actually more insulting than progressive.

Yet, “The Princess” does not just feature a girl fighter as its protagonist. The fact that she can fight and she is also a girl is more or less the backbone of the plot. King’s princess grew up secretly learning to fight from her father’s advisor, Linh (Veronica Ngo, “The Old Guard”), and hopes to prove herself as a worthwhile warrior. Julius’ invasion gives her that chance. We learn absolutely nothing else about her. The character doesn’t even have a name. In the credits, she is just “The Princess.”

This protagonist is made of cardboard and acts accordingly. Even though being a fighter ostensibly gives her agency, things just endlessly seem to happen to her. She does her best to meet them with moxie and action-hero quips. In a series of unending confrontations, as the princess makes her way down the tower, Julius’ unbathed minions say sexist things, and the princess pauses to fire back with a witty retort before killing them. Lather, rinse, repeat. It’s like watching someone play a mediocre video game for an hour and a half.

The film almost delights in its protagonist’s misery, perhaps most aptly displayed by her masochistic costuming. This film is hell-bent on keeping its action heroine in a skirt. She starts the film in a cumbersome wedding dress and, instead of just changing into some pants (which she has multiple opportunities to do) she is left to tear at and endlessly modify the odious garment. “The Princess” would play much better as a satire about a young woman stuck in an endless loop of victimhood, like Natasha Kermani’s horror gem “Lucky.” 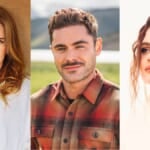 Alas, there is little relief for the princess, or the audience, as she proves her combat skills ad nauseam. And because the film starts in the middle of Julius’ coup, we’re left to glean backstory from flashbacks and on-the-nose expository dialogue. “The Princess” somehow manages to be both under-written and insultingly obvious. We learn practically nothing about Linh, for instance, but the platitudes she offers the princess could have been written by an AI digesting the last decade of action-movie scripts. She constantly reminds the princess that her real power doesn’t come from her fists but from her heart.

Furthermore, “The Princess” is neither good looking nor cleanly shot enough to cross the line into campy fun. The castle in which it takes place is a CGI behemoth, yielding several ugly shots. Each frame is awash in muddy brown. Director Le-Van Kiet struggles to keep up with each fight, leading to several blink-and-you’ll-miss-’em moments. It’s certainly not rare for a big production to include CGI or whiplash-inducing fight scenes, but plenty of movies have made the most of it. “Stardust,” Matthew Vaughn’s fantasy action film from 2007, smartly handled both.

It’s difficult to imagine a bleaker encapsulation of modern gender politics, where it often seems that women’s access to power is more important than their access to basic human rights. The princess’ heroic efforts do eventually make an impact on the kingdom, but only because she had the brute force necessary to murder innumerable one-dimensional men. She represents nothing new or progressive; she’s just a male fantasy, forever trapped in that godforsaken dress.

“The Princess” premieres on Hulu July 1.