“La Femme Nikita” was almost certainly not the first film about a young woman rescued from life on the streets to become a cold-blooded assassin, but the success of Luc Besson’s 1990 thriller set a template that no one seems able to shake, even 31 years later. The new film “The Protégé” follows in the footsteps of “Nikita” and far too many of its successors, with just about half as much awareness as it needs to get out of their shadow.

Director Martin Campbell (“Casino Royale”) has become a reliable provider of sturdy, polished action, but he’s seldom been able to bring to the screen what wasn’t already on the page. And after scripting “The Mechanic,” “The Equalizer” and its sequel, screenwriter Richard Wenk appears to have nothing new to contribute to the decreasingly rarified subgenre. That said, Maggie Q — who previously played Nikita in a TV series inspired by the film — and Michael Keaton develop some surprising chemistry as the dueling instruments of their superiors’ enmity, even if those sparks ultimately fail to energize a violent, uninspiring origin story for her character.

Q plays Anna, a Vietnamese assassin raised by contract killer Moody (Samuel L. Jackson), who discovered her as a child at the scene of a brutal series of murders. Under the guise of acquiring and selling rare books, Anna carries out contracts for Moody, who not only gave her a purpose but also became her caretaker. When he is murdered by henchmen associated with a missing-persons case she was assigned to investigate, Anna swears vengeance and picks up the trail with renewed energy. 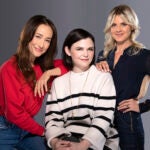 Reluctantly returning to Vietnam for the first time since her childhood, she connects with Billy Boy (Robert Patrick), an associate of Moody’s who agrees to help her but discourages her from searching for the perpetrator, Edward Hayes (David Rintoul), who faked his death in order to reinvent himself as a legitimate businessman and philanthropist. Nevertheless, she closes in on Hayes, who sends a team of ruthless enforcers to find out what she knows and then kill her.

But when Hayes’ associate Rembrandt (Keaton) joins in the chase, he quickly develops an interest in her that’s more than professional — which, to complicate matters further, she reciprocates. Before long, the two of them are forced to decide whether they want to murder each other or make love, while Hayes’ remaining foot soldiers close in on Anna as she simultaneously kills her way through them to reach Hayes.

From victim to assailant, Anna follows confidently if unoriginally in the footsteps of the badass female characters cut from the “Nikita” mold, moving on from the trauma and loss of watching her family be murdered to become the one doing the murdering. Lip service is of course paid to the notion that the individuals they’re contracted to kill “all had it coming,” but “The Protégé” does not remotely examine how one leads to the other, emotionally, morally or otherwise.

Wenk’s script does, of course, pause to inflict abuse and torture upon Anna (including waterboarding, gunshots and plenty of fistfights) as she battles her way toward the film’s final adversary, only to rob that catharsis from her with a twist audiences will see coming a mile off — which also kills the momentum of the main story dead in its tracks.

Spoiling the surprise will ostensibly ruin the movie, but suffice it to say that Anna’s pursuit of Hayes is predicated on a sense of vengeance that gets robbed from her. It’s vaguely replaced with the idea that she must stop “evil” people, an echo of the act of retaliation that saved her life as a child. But it then becomes either bizarre or just plain lazy for her to discover a moral compass only when someone murders Moody, her “second father,” and somehow never contemplating the ramifications of an assassin’s trade until then.

Meanwhile, casting Keaton as her adversary and potential lover feels both like a coup and an absolute disaster to any of this thematic material. Notwithstanding the relatively unimportant question of whether or not the 69-year-old actor performed even a few of his own stunts, his off-the-charts charisma transforms the film every time he’s on screen — but not in a way that especially serves the story the movie thinks it’s telling. If the film were entirely avoiding any of the deeper emotional elements of Anna’s journey (as in, never returning to the moment Moody discovered her), “The Protégé” could have been a slick, sexy thriller between a female killer and a man who’s supposed to stop her, but they both like each other a little too much. Or, there’s absolutely a story to tell about two guns-for-hire drawn to one another against the instruction of the people who hired them, possibly as it transforms their worldviews. But when your film climaxes as the protagonist returns to the site of her parents’ brutal murder, which she painfully revisits, the flirtations of two characters can’t help but take a back seat. 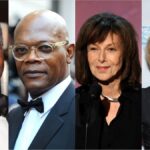 Campbell, working with cinematographer David Tattersall (“Speed Racer”), crafts some memorable action sequences, especially involving Keaton’s character, first with a team of killers in a Vietnamese restaurant and then a “kill me or f— me” showdown between him and Q. But the big finale drags on endlessly as characters detail their competing worldviews without the film seeming to notice that they’re all just rationalizations for evil actions, and Anna oddly gets deprioritized for a big part of it before her final, cathartic return to the scene of the original crime against her family. Instead of achieving exhilarating closure, the moment leaves the audience feeling as exhausted as she must be after fighting her way across half of Da Nang. (Oh yeah, and the film’s depiction of Vietnamese geography is about as brutally uncomplicated as you might expect.)

While Q is a likable actor, not only is this a performance she’s given before several times, but she also plays Anna as if her identity is to be filled in later by exposition from her co-stars. More to the point, it’s long past the moment when female strength needs to be defined by how little a character flinches after she’s been belted in the stomach, and there’s just nothing else here except for the cool surfaces of her proficiency and professionalism — a greater tragedy for the film when the building blocks are already there to explore how those work as a shield for the vulnerability lingering underneath.

Ultimately, Campbell’s film fails because it can’t decide whether to be cheeky escapism or a thoughtful character study, instead landing in between with something repetitive and too often a little dull. After 31 years, it’s past time for someone to update “La Femme Nikita” with more than a different locale and some sophisticated new outfits. “The Protégé” occasionally hints at something deeper, but like a body-hugging bulletproof vest, its impact is all on the surface.