In a brand-new trailer for “The Suicide Squad,” we finally get to learn a bit more about the villain Bloodsport (Idris Elba) and why he was forced onto the team. It turns out he had to learn the hard way not to try and murder the world’s most beloved Superhero.

“He’s in prison for putting Superman in the ICU with a Krypotnite bullet,” Amanda Waller (Viola Davis) explains. Which, yeah obviously. The new trailer was posted this morning by director James Gunn and you can watch it here right now.

The rest of the trailer pretty much tells you what you already know — for example, “your mission is to destroy every trace of something known only as Project Starfish,” Waller also says — but in a continuing-to-be-extremely fun way, as is traditional for “The Suicide Squad” trailers. And come to think of it, James Gunn things in general. 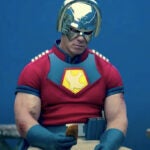 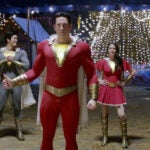 The first “Suicide Squad,” which starred Will Smith and Margot Robbie, earned nearly $750 million worldwide on a $175 million budget. The kinda-not really-but kinda sequel, “The Suicide Squad,” hits theaters Aug. 6, 2021. And no, we have no idea if the cast got silly “Skwad” tattoos like with the last movie, but you’re damn right we’re making sure no one ever lives that down.