Arguably, Mexican film and television superstar Eugenio Derbez has already conquered the American market. His 2013 film “Instructions Not Included” is the highest grossing Spanish-language film in the U.S. and grossed $100 million worldwide. He earned a SAG Award as part of the “CODA” ensemble cast, which went on to win the Best Picture Oscar, and he co-starred in the hit action-adventure “Dora and the Lost City of Gold.”

However, the attempts to launch him as a romantic leading man — in 2017’s “How to Be a Latin Lover” and 2018’s “Overboard,” a remake of the 1987 comedy — haven’t exactly lit the world on fire, even if they have been profitable.

But if at first you don’t succeed, try, try again, and Derbez is back, with “Overboard” writers Bob Fisher and Rob Greenberg, starring in and producing Hulu’s “The Valet,” directed by Richard Wong. It’s a remake of the 2006 French comedy of the same name, written and directed by Francis Veber, starring Gad Elmaleh in the title role. It’s one of those classic “fake relationship” rom-coms, a trope that has deep roots in the genre. Derbez plays Antonio, a Mexican-American valet who gets caught in a celebrity scandal and is paid to act as a young starlet’s boyfriend in order to cover up her affair with a powerful real estate developer. 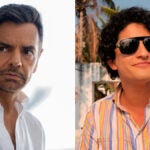 Also Read:
‘Acapulco’ Stars Eugenio Derbez and Enrique Arrizon on How Apple TV+ Show Is – and Is Not – ‘How to Be a Latin Lover’

Fisher and Greenberg have adapted Veber’s screenplay to Los Angeles, incorporating the regional and cultural specificities of the city to the story, as LA is a place where celebrity encounters are commonplace, gentrification threatens communities across the city, and as one famous movie Angeleno — Cher Horowitz of “Clueless” — once said, “Everywhere has valet.”

Through a series of unlucky coincidences, Antonio, a single dad living with his mother while he goes through a divorce, ends up in a paparazzi photo with actress Olivia Allen (Samara Weaving) and her lover, wealthy mogul Vincent Royce (Max Greenfield), who happens to have just announced a new development in Antonio’s largely Latino neighborhood of Pico-Union, threatening long-time residents and small businesses.

When the photo of the three surfaces online — and speculation about Olivia and Vincent’s relationship threatens the box office of her new film “Earhart” and his relationship with his purse-string holding wife Kathryn (Betsy Brandt) — Vincent tracks down Antonio and makes him a cash offer to pretend to be Olivia’s new boyfriend. Antonio takes him up on it, thinking that the cash will help him win back his ex-wife Isabel (Marisol Nichols). 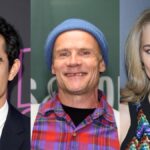 The relationship between The Actress and The Valet, staged in front of paparazzi cameras, is a hit. Remember the attention given to Cher and “Bagel Boy” Rob Camilletti back in 1986? Onlookers gawp at this union that traverses the socioeconomic and geographical divides of Los Angeles, and Antonio becomes a working-class folk hero for members of the community who feel they’re largely ignored and dehumanized by the wealthy individuals they serve.

“The Valet,” ergo, serves as a humanizing story, a call to action to treat other human beings with dignity and to reach across class divides to learn about each other. It turns out that Olivia is a tremendously lonely person, and once she gets to know Antonio’s warm family, she clings to the love they extend to her. Antonio, on the other hand, starts to bristle at everyone’s astonishment, reminding them that they are “underestimating the passion and charisma of a Latin man.”

But this Latin lover offers only friendship to the young ingenue. They are mismatched in more ways than one — most glaringly, that Derbez has got 30 years on Weaving. The age difference is just one way in which this film outstretches the audience’s disbelief and also kills any potential romance in this rom-com. It would have made more sense to pair Weaving with Amaury Nolasco (“South of Heaven”), who plays Antonio’s brother-in-law and boss, but then, “The Valet” wouldn’t have been a Derbez vehicle.

“The Valet” also feels wildly outdated because it hinges around the cultural importance of the paparazzi, which has vastly diminished since the advent of high-quality smartphone cameras and social media, wherein a celebrity can control and maintain their own image for their fans. Back in 2006, the presence of aggressive paparazzi was definitely an issue, when tabloid magazines and gossip blogs ruled pop cultural commentary. But now? Not so much. A contemporary film about celebrity image-making that doesn’t address social media or ubiquitous cameraphones just seems out of touch with the times. 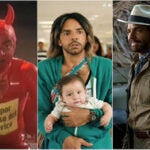 Also Read:
The Evolution of Eugenio Derbez, from ‘La Familia P. Luche’ to ‘Dora and the Lost City of Gold’ (Photos)

The plot feels more like something out of the classical Hollywood era, with relationships arranged by publicists for the likes of Hedda Hopper to report on. It’s also a challenge to get caught up in the film’s high-concept credulity-straining antics when it also asks the audience to engage with real-world issues of racial and economic disparities.

Derbez plays the straight man here, as a flurry of self-obsessed, ridiculous rich people and their lackeys orbit around him. Weaving is committed to the bit and excellent as the actress who is simultaneously vapid and pretentious, slowly learning to become a real person again. Greenfield, sputtering with privileged entitlement, makes a perfect villain.

Because he’s playing it straight and grounded (though his hair is reaching for the heavens in a ridiculous flat-top), this just might be Derbez’s best leading man role yet, but the film itself is still fundamentally hampered by flaws in its conceit, and the execution is nothing to write home about. Fisher and Greenberg color in the margins with amusing characters — Antonio’s randy mother (the late Carmen Salinas) carrying on an affair with her Korean landlord, despite the language barrier, and a pair of squabbling private investigators who team up to work together, played by Ravi Patel (“Wonder Woman 1984”) and John Pirruccello (“Godzilla vs. Kong”) — but the story is nothing if not predictable.

Wong’s direction is serviceable: an opening sequence where Antonio bicycles home from Beverly Hills captures the unique and changing landscape of Los Angeles beautifully, and Wong seems interested in placing these characters within a distinct environment, but the film’s style is otherwise unremarkable.

The central relationship of “The Valet” is the weakest part of the film, and much of the comedy is a bit tiresome, though a few bits do pop. But one has to admire Derbez, as the star and producer, for bringing up the larger issues of race, class, money, stereotypes and workers in a comedy like this, and forcing the conversation, even when it’s messy and doesn’t always work. If “The Valet” makes you think about the ways in which gentrification and the exploitation of workers enables the massive wealth accumulation in a city like Los Angeles, built not on dreams but on the backs of others, in that way, it can be seen as a success.

“The Valet” premieres on Hulu May 20.