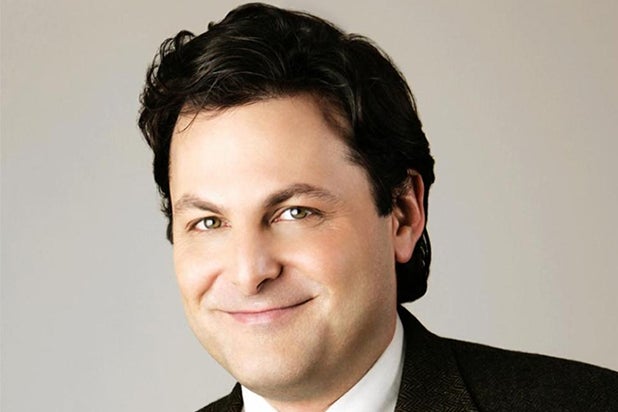 ABC has finally confirmed that original executive producer Bill Geddie is exiting. He will be replaced by MSNBC’s “The Rachel Maddow Show” EP Bill Wolff.

“I am so appreciative for the privilege to work on this iconic program and to have the chance to collaborate with incredible people like Whoopi and Rosie, who each bring immense talent and boundless passion to show,” said Wolff in a statement.

Also read: Rachel Maddow on EP Bill Wolff Departing for ‘The View': ‘A Sweet New Job on an Easy Show’

He continued, “I will be forever grateful to Rachel Maddow for six amazing years together. As I begin this next chapter, I cannot fully express my profound gratitude to Ben Sherwood for making it all possible.”

In addition to executive producing “The Rachel Maddow Show,” Wolff served as MSNBC’s primetime programming vice president. His credits also include executive producer of MSNBC’s “The Situation with Tucker Carlson,” and Fox Sports Networks “I, Max” as well as coordinating producer, creator for ESPN’s “Around the Horn.”

Balthazar’s credits include launching the fourth hour of NBC’s “Today,” serving as a producer for AOL and host of “AOL Spotlight,” as well as both producing and hosting experience at HGTV. He also created the pop culture website PopGoesTheWeek.com.

Also read: ‘The View’ Gets New Logo and Set for New Season

British-born Gorman has helmed several U.K. and U.S. series, including “Hell’s Kitchen,” “I’m A Celebrity Get Me Out Of Here…NOW!,” “The Biggest Loser, “This Morning,” “Sunday Brunch” and “I Wanna Marry Harry.”

In what ABC News has touted as the “reinvention of ‘The View,'” (along with a new logo and set) Geddie exits the daytime talker after serving as its executive producer since its launch in 1997.

The ABC talk show has found itself in a state of upheaval in recent months. In addition to the departures of Sherri Shepherd and Jenny McCarthy — the latter of whom only joined the show last year — longtime “View” host Barbara Walters retired earlier this year, creating another vacant chair to fill.

Compared to last season, “The View” is down 4 percent in women 18-49, averaging 530,000 viewers in the demographic. It is down 1 percent in total viewers to 3.121 million. More worrisome than “The View’s” ratings, though, is the fact that in July “The Talk” beat out its ABC rival in the key demos for the first time ever.

Amid reports in early August that Geddie was on his way out, ABC representatives didn’t comment. And Walters praised her producing partner, Geddie, in a pre-taped appearance on “The View,” calling him “wonderful.”

Geddie is a partner with Barbara Walters in BarWall Productions and is responsible for co-producing “The Barbara Walters Special” and “The 10 Most Fascinating People” specials, among others. He’s expected to continue in that capacity. He is also the owner of Bill Geddie Productions.