Episode 6, which continued Tanya and Portia’s escape to Palermo while Harper and Ethan’s marriage was plummeted into further chaos amid concerns of infidelity, drew in 2.8 million viewers across HBO Max and linear telecasts, based on a combination of Nielsen and first-party data. 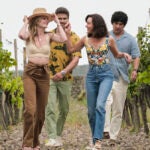 Episodes in the second season are averaging 9.5 million viewers across platforms, marking a 60% rise from Season 1 viewership at the same point in time, with Episode 1 tracking at 10.4 million viewers.

The season’s penultimate episode set up the finale’s big reveal, of which White Lotus guest died, as teased in the season’s premiere when Daphne (Meghann Fahy) discovers a dead body in the Sicilian sea.

“The White Lotus” has been renewed for a third season ahead of the Season 2 finale. Hailing from creator, writer and showrunner Mike White, Season 3 will feature new characters and a new setting. It is unknown if Jennifer Coolidge’s Tanya will return in the third season.

New episodes of “The White Lotus” Season 2 air on Sundays on HBO and stream on HBO Max, with the season finale premiering Dec. 10.