TheWrap founder and editor in chief Sharon Waxman received multiple nominations, including for her WaxWord column “Inside Hollywood: How the Bob Iger-Bob Chapek Rift Led to the ScarJo Blunder.” She also shared a nominations with film reporter Brian Welk in the Online Celebrity News category for “Inexperienced ‘Rust’ Armorer Enraged Nicolas Cage on Previous Film: ‘You Just Blew My F–ing Eardrums Out!’ (Exclusive)” and with Drew Taylor in the Online Hard News – Film category for “Disney Imagineers Demand Halt of Mass Move to Florida After ’Don’t Say Gay’ Blow-Up (Exclusive).”

Welk also picked up a nomination for his “Spotlight on Deaf Actors” series in the Diversity in the Film Industry category.

Veteran reporter Diane Haithman earned three nominations, for the online TV feature “ ‘The Next Ted Lasso': After Year in Pandemic, Hollywood Dumps Edgy for ‘Uplifting’ Projects,” for the TV/streaming soft news story “Domestic Workers Call for Hollywood to Clean Up Its Act Depicting Their Lives on Screen” and for her story “Only One Major U.S. Entertainment Company Board Has Achieved Gender Parity” in the Diversity in the TV/Streaming Industry category. 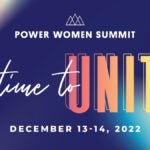 Steve Pond, TheWrap’s executive editor for awards coverage, earned two nominations: in the Entertainment Blog category for his Awards Beat column “Emmy Voters Have Tunnel Vision, and It Hurt the Show” and for the online film feature “How Questlove Learned to Stop His ‘Reluctant-Leader Shtick’ for ‘Summer of Soul.’”

TheWrap picked up two nominations in the Film Business category for Tim Baysinger’s “How Disney’s Kareem Daniel Became the Most Powerful Figure in Hollywood You’ve Never Heard Of” and Brendan Katz’s “How Hollywood May Be Sabotaging Profits With New Push to Pay Talent Upfront | Charts.”

“The Wrap-Up” podcast earned three nominations, for Waxman and Daniel Goldblatt as Anchor/Host; for two audio Hard News Features, “Legal Experts Break Down the Britney Spears Conservatorship” and “Examining The ‘Rust” Tragedy and Its Impact on Hollywood.”

TheWrap’s “How I Did It” video series, overseen by Jennifer Laski and Sharon Waxman, earned two nominations in the video soft news feature TV/film category: ”How ‘CODA’ Director Siân Heder Put the Audience in the Deaf Perspective” and “How ‘King Richard’ Composer Synced a Piano Note With a Tennis Shot.” 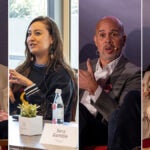 Editor at large Benjamin Svetkey picked up a nom in the Humor Writing category for “That Time I Hid From William Hurt on the Set of ‘Lost in Space’ – and How He Got All ‘Wiggy.’”

TheWrap’s Lindsey Ellefson and Thom Geier also earned a Best Headline nomination for “Rachel Mad-Dough: Is MSNBC Host Worth $30 Million a Year Without a Nightly Show?”

Ian Spanier’s portraits of homeless musician Paul Jacobsen earned nominations in the News Photo and Photo Essay categories. Corina Marie was recognized for her Feature Photo of the “Ted Lasso” cast and her Action Photo of Quinta Brunson.

The winners will be announced at a gala event on December 4 at the Sheraton Universal Hotel.