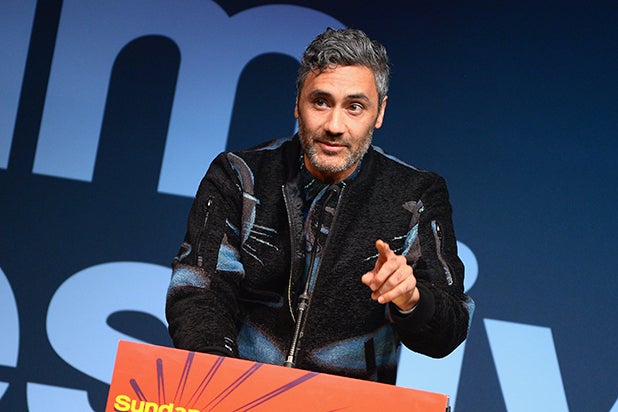 As “Star Wars” fans speculate about who will replace Colin Trevorrow as director of “Episode IX,” “Thor: Ragnarok” director Taika Waititi has decisively taken himself out of the running with some beautiful, bridge-burning tweets.

Responding to a follower who suggested him as a possible replacement for Trevorrow on the still-untitled ninth “Star Wars” episode, Waititi flat out said no, mocking the unusually high degree of public drama surrounding the Disney-owned era of “Star Wars” in the process.

“Lolz. I like to complete my films,” he wrote.

In a follow-up tweet, Waititi continued: “I’d be fired within a week.”

Trevorrow was ousted as the director of “Star Wars: Episode IX” on Tuesday after being attached to the film for two years. His ouster followed unconfirmed reports a month earlier that the script he wrote had been jettisoned, and a new writer had been brought onboard. But Trevorrow was far from the first director to find himself at odds with Lucasfilm — in fact, he’s the third in two years, and the second in three months, to lose his job.

And in 2015, Josh Trank was fired as the director of an untitled “Star Wars Story” movie after reports of chaos on the set of his “Fantstic Four” for Fox became public. Trank later said he left because he wanted to “do something original.”

In addition, the production of “Rogue One: a Star Wars Story” was plagued by rumors that Lucasfilm was deeply unhappy with the first cut delivered by director “Gareth Edwards,” and that the studio had brought Tony Gilroy in to oversee reshoots, rewrites, and editing.

“Lucasfilm and Colin Trevorrow have mutually chosen to part ways on ‘Star Wars: Episode IX,'” Disney said in a statement on Tuesday. “Colin has been a wonderful collaborator throughout the development process but we have all come to the conclusion that our visions for the project differ. We wish Colin the best and will be sharing more information about the film soon.”

I'd be fired within a week.