“Ticket to Paradise,” a romantic comedy starring George Clooney and Julia Roberts, has suspended production in the Queensland state of Australia due to rising COVID cases in the region.

An individual with knowledge of the project confirmed production on “Ticket to Paradise” was temporarily suspended, but could not comment on specifics in terms of a time frame. A source also says that a limited number of COVID cases were reported on the film, but that production was suspended due to the rising number of cases in the Queensland area.

Universal is releasing “Ticket to Paradise” and had scheduled the film for release on Oct. 21, 2022. While it’s unclear how long the film would be delayed, local reports from the Daily Mail Australia said the film could be shut down for three months, which would inevitably push back the release date. 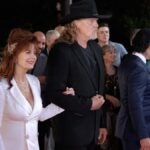 Clooney and Roberts have reportedly both flown back to the United States as well. Ol Parker (“Mamma Mia”) is directing the film based on a script he co-wrote with Daniel Pipski.

Queensland had its deadliest day of COVID since the pandemic began, logging 16 deaths related to COVID and over 15,000 cases across the state.

“Ticket to Paradise” is the first time Clooney and Roberts have shared the screen since Jodie Foster’s “Money Monster” from 2011 and before that the “Ocean’s Eleven” franchise. The new film is about two exes who find themselves on a shared mission to stop their lovestruck daughter from making the same mistake they once made.

Tim Bevan and Eric Fellner of Working Title are producing “Ticket to Paradise” alongside Sarah Harvey and Deborah Balderstone. Clooney will also produce with his partner Grant Heslov for their Smokehouse Pictures alongside Red Om Films’ Roberts, Lisa Gillan and Marisa Yeres Gill. 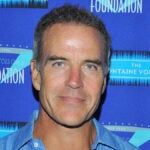