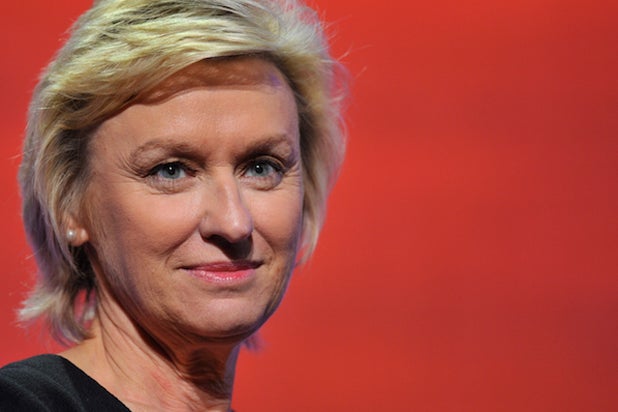 Tina Brown, outgoing editor of the Daily Beast and former editor of the New Yorker, Vanity Fair and Newsweek, doesn’t even read magazines anymore — nor does she think too highly of journalism at all.

Brown told the audience of a THiNK conference in Goa, India on Friday that she is basically done with journalism, which she said is currently having a “very, very pathetic moment” and has turned into advertising in order to try to make a profit.

“Editorial outfits are now advertising agencies,” she scoffed, according to the Hindustan Times.

“The digital explosion has been so explosive,” she added. “There isn’t a single place where the digital thing is a profit thing. The disruption hasn’t brought a business model.”

Television isn’t doing much for Brown, either. “TV is dead and now they are chasing a demographic they are never going to find,” she said, adding the televisions have become “an ugly piece of furniture.”

One business model she does think has potential is those live conferences, or “theatrical journalism” as she once put it, which she is leaving the Daily Beast to focus on exclusively with her new company, “Tina Brown Live Media.”

We are “going back to oral culture where the written word will be less relevant,” she said. “I think you can have more satisfaction from live conversations.”

That’s certainly the case for Brown: after her talk, she admitted that “the habit is gone” when it came to reading magazines.

A representative for Brown did not immediately respond to messages left by TheWrap.