The year started according to script.

TV news and digital outlets were churning the wheels on excessive presidential election coverage, resulting in the end of the excessive Obama coverage that’s blanketed the media for the last eight years.

At this time last year, Williams was the face of NBC News who just renewed his contract for five years.

By this point, you know the story: A tall tale Williams told for more than a decade about being shot down by enemy RPG fire in an Iraqi helicopter exploded out into the public, prompting an epic fall from grace.

Williams was suspended for six months and later knocked from his “Nightly News” anchor chair. When you reflect on the unending media cesspool that ensued, filled with never-ending leaks and “insiders” wrongly reporting Williams’ fate, the real crux of the Williams story gets lost.

Being an on-air talent means having an ego. But having an ego can’t topple the basic premise of journalism: searching for the truth to tell the world, not creating your own.

Over $100 million in the bank, the establishment’s preferred choice, the Bush dynasty behind him.

And then… 3.6 percent. That’s Jeb Bush’s RealClearPolitics average polling number before the Dec. 15 CNN GOP debate and less than two months before first votes are counted in the Iowa caucuses.

Also Read: Bush 3.0: Jeb's Impending Battle With the Media -- And His Last Name

No one would mistake the younger Bush for a charismatic media magnet, but the former Florida governor was the main victim of the Tour de Trump that’s stormed through the media and lasted across two long seasons when every political media analyst predicted he was just a fun summer fling.

Tainted as “low energy” by Trump, Bush has delivered awkward interviews, weak debate performances and an overall failure to launch — with voters and the media.

Yahoo’s CEO has been the subject of enough dubious headlines to fill TheWrap’s homepage, on everything from the company’s tumbling stock price to the length of her maternity leave.

As media analysts told TheWrap, the former Google engineer might simply be out of her element, resulting in a mish-mosh of properties and brands at Yahoo, but no core identity.

“I don’t think Marissa was equipped to be in the advertising business and to serve Madison Avenue in the way they need to be served,” media adviser Andy Marks told TheWrap.

Also Read: Why Marissa Mayer's Yahoo Keeps Sinking - And Whether She'll Be Around Long Enough to Save It

The company’s most recent disappointing earnings report — which saw an 8 percent revenue drop and $42 million write-down — preceded the company’s decision to halt its much-anticipated planned spinoff of 384 Alibaba shares in favor of spinning off its core business assets instead.

Yahoo chairman Maynard Webb recently gave Mayer a vote of confidence — whether that’ll hold up through another down year in 2016 remains to be seen.

The beauty of Gawker was the “we don’t give a f**k” spirit that skewered the media elite for their giant-sized egos and occasional scandalous behavior.

The rest of the media strongly disagreed, attacking the site for the salacious, unnecessary story. Staffers indignantly defended the story, but founder Nick Denton took it down, sparking a series of resignations and chatter about the “20 percent nicer” website Denton promised in the aftermath of the controversy.

Several months later, Gawker decided to pivot its focus with a raised middle finger at the political elite: We’ll see if the next scandalous story holds until the Iowa caucuses. 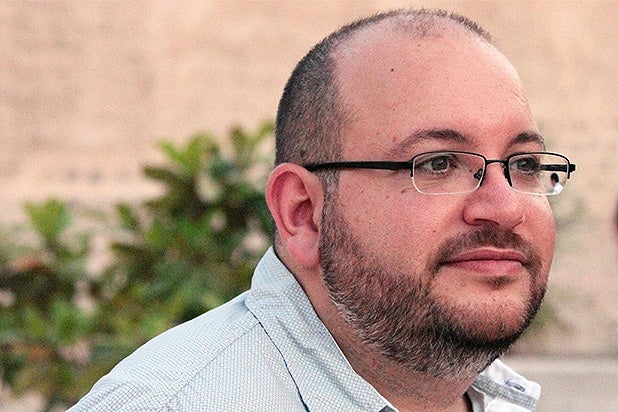 5. Freedom of the Press Takes a Beating

Journalists being imprisoned for no reason isn’t new: Three Al Jazeera reporters were jailed in Egypt in 2013 under bogus claims that they worked for the Muslim Brotherhood and were only released this year.

Post editor Marty Baron warned TheWrap about the serious and growing threat. “Autocratic governments like Iran and other governments around the world have felt they have a greater hand in imprisoning journalists, threatening journalists and in some instances, executing journalists,” said Baron, who’s also depicted in the new drama “Spotlight” for his work at the Boston Globe.

According to Reporters Without Borders, 153 journalists have been imprisoned in 2015; 65 have been killed.

Until these numbers are reversed, we’re all losers.