If you’re one of the lucky exhibitors or press people attending CinemaCon later this month in Las Vegas, then you’ll be one of the first to see Tom Cruise return to arguably his most iconic role in “Top Gun: Maverick,” TheWrap has learned.

“Top Gun: Maverick,” directed by Cruise’s “Oblivion” collaborator Joseph Kosinski and co-written and produced by his longtime creative partner Christopher McQuarrie, has arguably the most tortured and lengthy release date shuffle of any movie during the pandemic era. Originally scheduled for release on July 12, 2019, it was bumped back (pre-COVID) to June 26, 2020. But after that it moved up two days to June 24, 2020, then to pushed back December 23, 2020 (due to COVID concerns), then to July 2, 2021, then November 19, 2021, and now finally to May 27, 2022. That’s a long time to wait to get back to the Danger Zone. 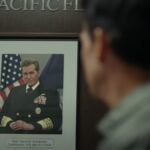 The CinemaCon screening will predate the official premiere (being held May 4 in San Diego) and the big Cannes Film Festival event, complete with the Tom Cruise retrospective and gala screening.

Last fall, when CinemaCon was held and the film was still scheduled for November 2021, they showed the first fifteen minutes or so of “Top Gun: Maverick.” It was unbelievable, consisting largely of a scene where Cruise’s Pete “Maverick” Mitchell is testing out an experimental new plane, and really got the audience (mostly consisting of exhibitors and theater owners) excited for the November release. Of course, that didn’t happen and here we are again, this time with the entire movie.

“Top Gun: Maverick” also stars Miles Teller, Jennifer Connelly, Jon Hamm, Glen Powell, Ed Harris, Lewis Pullman and Val Kilmer. We can confirm “Danger Zone” is on the soundtrack (and it is glorious). It hits theaters (for real this time) on May 27.